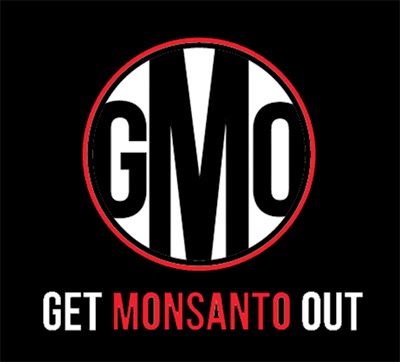 Countercurrents 23/6/2013
The recently leaked report – ‘Impact of NGOs on Development’ – accuses certain activists and civil organisations in of working against the national interest by colluding with foreign interests to undermine development and growth [1]. While seeking to cast individuals and groups in a negative light, the report itself is fully supportive of the model of development being pursued. The irony is that the model is based on officialdom working hand in glove with powerful foreign corporations [2], whose purpose is not just financial – to maximise profit – but in the case of the US-backed GMO sector – political: the destruction of traditional farming and the control of the entire food system and populations [3].
Particular groups and activists are being portrayed as the ‘enemy within’, despite the fact they are exercising their lawful right to challenge and oppose. And they have every reason to challenge what is happening.
Since 1991, when began to embrace economic neoliberalism, the ratio between the top and bottom ten percents of wage distribution has doubled. This doubling of income inequality over the past 20 years has made one of the worst performers in the category of emerging economies [4]. Today, ’s top ten billionaires account for over 12 percent of the country’s GDP, while 7,850 High Net Worth individuals account for US$935 billion, half of ’s GDP [5]. Meanwhile illicit money has been accelerating into Swiss bank accounts [6], around half of children under the age of five are underweight [7] and much of rural faces economic distress with hundreds of thousands of farmers having committed suicide largely due to debt, reliance on (GM) cash crops and the impact of economic ‘liberalisation’ [8]. ’s high GDP growth figures have barely if at all positively impacted 80 percent of the population and hundreds of millions still live near or below the poverty line [9].
With corruption and violence a prominent feature of the ‘development’ model being forced through [10], should not the increasing destruction of livelihoods, inequality and the siphoning of wealth towards a relative few be regarded as the true ‘enemy within’? Is the type of ‘development’ that allows for this to happen not a form of extremism that is too often regarded as being anything but?
All that stands between a corporate takeover of many nations’ seeds and agriculture is the committed work of the not-for-profit sector. Note the term ‘not-for-profit’. In , the royalties accruing to Monsanto that have been expatriated are approximately $800 million in 12 years, which is serving “to hemorrhage ’s agricultural economy” [11].
The impact of global agribusiness and its relentless drive for profit and control across the globe has and continues to undermine food security by displacing the bedrock of food production – small farmers – while destroying cultures and stripping people of their independence [12,13]. Hundreds of millions depend on agriculture for a living throughout the world, yet many are being swept from their lands: to do what? Deemed ‘surplus to requirements’ in rural areas and deemed ‘surplus to requirements’ once in the cities? It’s no coincidence that GMO big biotech owns the Epicyte (sterility) gene and has deep historical links with powerful eugenicists who have conspired to shape modern agriculture with concerns about ‘third world’ overpopulation in mind [14]. Little wonder that in Russia GMO production and distribution is being likened to acts of bio-terror [15].
Before driving farmers from their lands, Noam Chomsky argues we should learn from our past:

“We can draw many very good lessons from the early period of the Industrial Revolution… independent farmers were being driven into the industrial system. Men and women… bitterly resented it… The people driven into the industrial system regarded it as an attack on their personal dignity, on their rights as human beings. They were free human beings being forced into what they called ‘wage labor,’ which they regarded as not very different from chattel slavery.” [16]

A similar process is occurring in many countries today and is underpinned by an arrogance that privileges the dominant mode of ‘development’ over indigenous knowledge and practices that have by and large allowed people to live sustainably with nature and the environment for thousands of years. Chomsky says:

“This is the first time in human history that we have the capacity to destroy the conditions for decent survival. It is already happening. Look at species destruction. It is estimated to be at about the level of 65 million years ago when an asteroid hit the earth, ended the period of the dinosaurs and wiped out a huge number of species. It is the same level today. And we are the asteroid… There are sectors of the global population trying to impede the global catastrophe. There are other sectors trying to accelerate it. Take a look at whom they are. Those who are trying to impede it are the ones we call backward, indigenous populations – the First Nations in , the aboriginals in , the tribal people in . Who is accelerating it? The most privileged, so-called advanced, educated populations of the world.”

Underpinning the arrogance of such a mindset is what Vandana Shiva calls a Cartesian, patriarchal-based view of the world, which encourages humans to regard themselves as separate from nature and thus able to dominate and control it:

“Corporations as the dominant institution shaped by capitalist patriarchy thrive on eco-apartheid. They thrive on the Cartesian legacy of dualism which puts nature against humans. It defines nature as female and passively subjugated. Corporatocentrism is thus also androcentric – a patriarchal construction. The false universalism of man as conqueror and owner of the Earth has led to the technological hubris of geo-engineering, genetic engineering, and nuclear energy. It has led to the ethical outrage of owning life forms through patents, water through privatization, the air through carbon trading. It is leading to appropriation of the biodiversity that serves the poor.” [17]

And therein lies the true enemy: the system that facilitates such plunder, which is presided over by well-funded and influential foreign foundations and powerful financial-corporate entities and their stooges in the IMF, World Bank and WTO.
Yet it is activists and NGOs who advocate a different path that are attacked and smeared. We shouldn’t be surprised however because nation states have long been involved in the monitoring and subversion of legitimate democratic groups on their own soils that seek to challenge unjust hegemonic views and practices [18]. Legitimate protest poses a challenge to elite interests and that cannot be tolerated. In , as has been the case elsewhere, a mass surveillance system is thus being rolled out, despite issues surrounding lack of oversight, transparency, legality and the violation of privacy safeguards [19,20,21].
In order to press ahead and open economies to private concerns, proponents of economic neoliberalism are always fond of stating that ‘regulatory blockages’ must be removed. The continued pursuit of such economic policies serves to widen the chasm between rich and poor and is putting the livelihoods of hundreds of millions at risk [22]. If particular ‘blockages’ stemming from legitimate protest and dissent cannot be dealt with by peaceful means, other methods will be used. When increasing mass surveillance or widespread ideological attempts to discredit and smear do not secure compliance or dilute the power of protest, beefed up ‘homeland security’ and paramilitary force is an ever-present option [23,24].
Across the globe, powerful corporations and their compliant politicians seek to sweep away peoples and their indigenous knowledge and culture in the chase for profit and control. They call this ‘development’. They will allow no one to stand in their way.
Notes