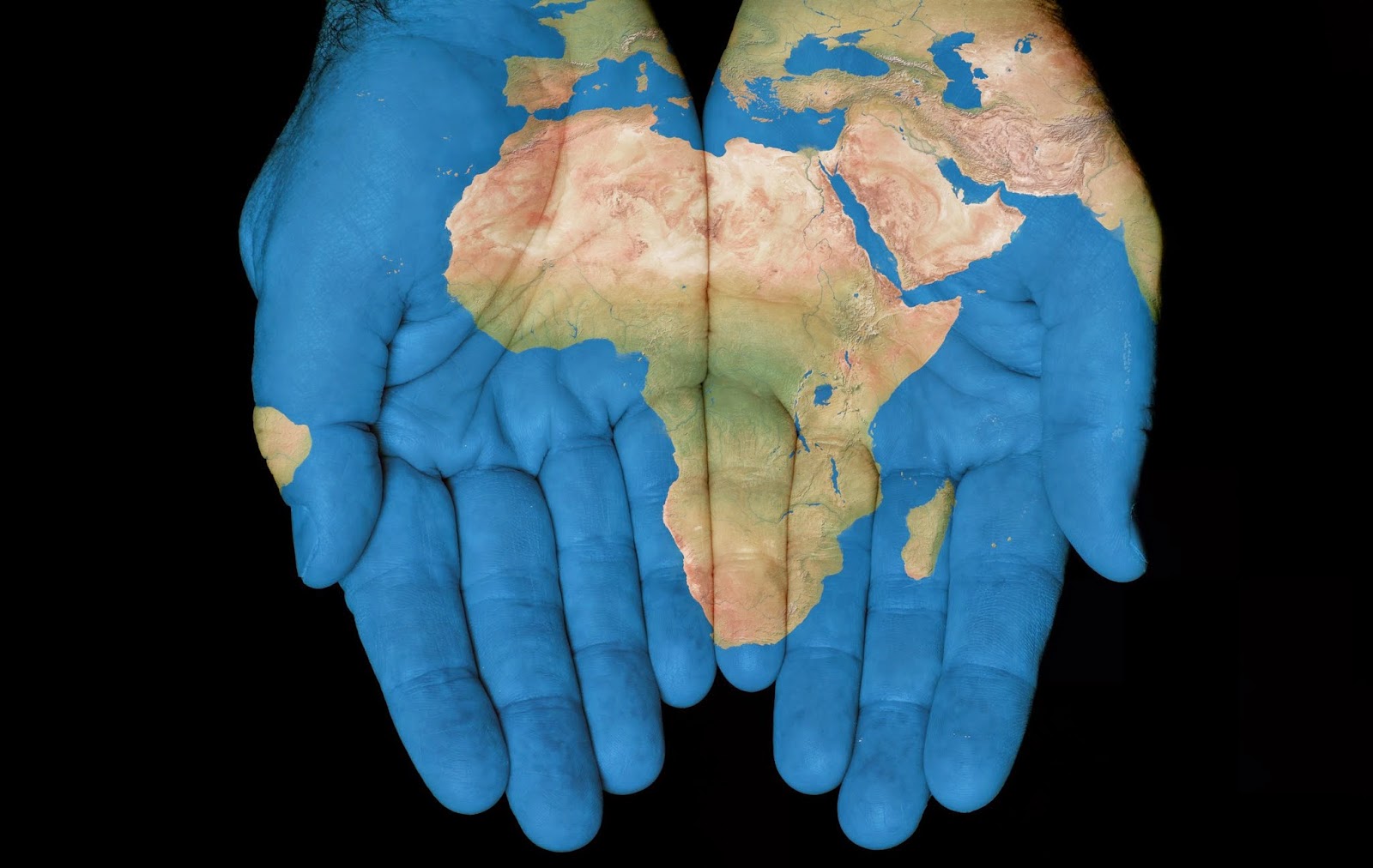 Speaking last week in Pretoria, former UK Environment Minister Owen Paterson described critics of GMOs as comprising part of a privileged class that increasingly fetishizes food and seeks to turn their personal preferences into policy proscriptions for the rest of us. He called them backward-looking and regressive. He claimed their policies would condemn billions to hunger, poverty and underdevelopment because of their insistence on mandating primitive, inefficient farming techniques.
He called them:
“… the ‘Green Blob’ — a reference to a 1950s Sci-Fi movie starring Steve McQueen in which a blob-like alien attacks Earth and swallows everything in its path: the environmental pressure groups, renewable energy companies and some public officials who keep each other well supplied with lavish funds, scare stories and green tape. This tangled triangle of unelected busybodies claims to have the interest of the planet and the countryside at heart, but it is increasingly clear that it is focusing on the wrong issues and doing real harm while profiting handsomely.”
He went on to state:

“There are many impediments standing between the vision of agricultural progress and Africa, of course, but none is more pernicious than the Blob. It is supported by massive funding provided by the EU itself, as well as numerous church and humanitarian groups, and the well-meaning but misguided generosity of the privileged classes in Europe and elsewhere. It has undue influence in the media, government and international institutions. Unfortunately, few question either its credentials or motives.” (see the full text of the speech here)

Paterson then proceeded to proclaim the virtues of GMOs and laid out a series of slurs, falsehoods and cherry-picked proclamations that anyone would be forgiven for thinking had come straight from the pen of a GMO agribusiness employee. But it wouldn’t have been the first time would it? In the case of this bit of poetry that Paterson likes so much, it came courtesy of Syngenta.
No, such practices are commonplace. Indeed, across the globe uncaged corporate parrots seem to be perched on the highest of ledges:

“We have had the National Academies of Science give a clean chit of biosafety to GM crops – doing that by using paragraphs lifted wholesale from the industry’s own literature! Likewise, Ministers in the PMO who know nothing about the risks of GMOs have similarly sung the virtues of Bt Brinjal and its safety to an erstwhile Minister of Health. They have used, literally, ‘cut & paste’ evidence from the biotech lobby’s ‘puff’ material. Are these officials then, ‘uncaged corporate parrots’?” Aruna Rodrigues, writing about the situation in India here in The Hindu.

Some points to consider for any rational thinking person

What would you do when presented with the option of sanctioning the commercialisation of genetically engineered food that is fundamentally different to conventional food? And have no doubt, it is: see this analysis by Steven Druker. Forget about those will try to confuse you that humans have always been tampering with food and genetic engineering represents more of the same. It doesn’t.
Would you engage in doublespeak about ‘substantial equivalence’ to try to convince people that it is just the same as conventional food in order to prevent public/scientific scrutiny (see this), and (as Druker shows to be the case) would you then ignore any fears, concerns and evidence in order to commercialise it?

You would if you are the US government, which has done exactly that, as described in Drukers new book ‘Altered Genes, Twisted Truth: How the Venture to Genetically Engineer Our Food Has Subverted Science, Corrupted Government and Systematically Deceived the Public’ (Clear River Press, March 2015).

In fact, if you are among the pro-GMO lobby, you would dream up some ideology about giving consumers and people greater choice by offering them the option of GMOs. You would also forward the myth that the corporations behind GMOs have humanity’s best interests at heart and that critics are anti-science ideologues whose policies and attitudes would leave billions dead or at least impoverished and starving. As part of this deception, you would forward the lie that GMOs are safe, even though there has not been one long-term epidemiological study conducted to show this, and are needed to feed the world. (See these claims debunked here).
And if you are part of this lobby or so gullible to unwittingly become its foot soldier by propagating the ideology in the media or on website comment threads, you would be part of a $100-million-dollar PR campaign (that figure is for the US alone).
And back to Owen Paterson
These powerful and extremely wealthy corporations or their foot soldiers in a display of glaring hypocrisy accuse critics of being part of a lavishly funded conspiracy against them and indeed humanity.
Yes, the same corporations whose financial clout has bought them political influence in so far that they exert huge control over WTO (see this), have captured regulatory bodies and public research institutions (see this and this), have had a key role in driving trade policies (see this) and are the biggest lobbiers (see this) for the world’s largest (secretive, pro-corporate) trade deal, the TTIP, which will constitutionally hand over regulatory and economic policies to a cartel of lawyers, officials and high-level corporate executives (see this).
So maybe it’s time to slightly rearrange parts of Paterson’s attack on his critics to provide him with a reality check. Paterson would have more truthfully presented the case by stating:

“It is these powerful corporations (not a ‘green blob’), whose owners are part of the privileged class that seek to turn their vested interests into policy proscriptions for the rest of us. It is this backward-looking and regressive class whose policies have already condemned tens of millions to hunger, poverty and underdevelopment. It is this privileged class (not a ‘green blob’) that has swallowed up everything in its path facilitated by public officials who are well supplied with lavish funds, scare stories and ‘green revolution’ rhetoric. This tangled triangle of unelected, unaccountable corporations claims to have the interest of the planet and the countryside at heart, but it is increasingly clear that it is focusing on the wrong issues and doing real harm while profiting handsomely. There are many impediments standing between the vision of agricultural progress and Africa, of course, but none is more pernicious than this group that is supported by massive profits often secured from fraudulent practices and by often well-meaning but gullible people who buy into its rhetoric. It has undue influence in the media, government and international institutions. Fortunately, there are many who question its credentials and motives.”

Readers are urged to read this to appreciate why Paterson has got is so wrong.