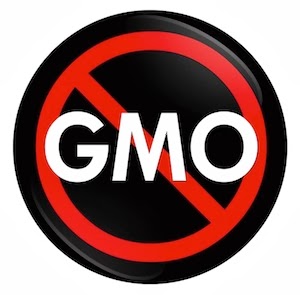 Anne Glover recently declared that there is no evidence pertaining to the adverse impacts of GMOs. This is an extremely disturbing statement. It’s extremely disturbing because it is not only patently wrong, but also because Anne Glover ischief scientific adviser of the European Commission.
In an interview with EurActiv on , she stated:
“There is no substantiated case of any adverse impact on human health, animal health or environmental health, so that’s pretty robust evidence, and I would be confident in saying that there is no more risk in eating GMO food than eating conventionally farmed food.” (1)
In a letter to Anne Glover, which is posted on the GM Watch webite, Dr Brian John says that her claim is a “lie”. John regards himself as a member of the global scientific community ad has a background in environmental research and a long list of contacts in academia and within environmental, health, and consumer NGOs. In the letter to Glover, he states that many of his colleagues are directly involved in research in the GM field, and between them they have contributed hundreds of articles to the peer-reviewed literature.
Anne Glover wrote in 2012:
“If we look at evidence from [more than] 15 years of growing and consuming GMO foods globally, then there is no substantiated case of any adverse impact on human health, animal health, or environmental health.” (2)
In 2013, she wrote:
“There is no evidence that GM technologies are any riskier than conventional breeding technologies and this has been confirmed by thousands of research projects. Food produced with GM technology is very common in other parts of the world, without any evidence that this has been harmful to the people that consumed it or to the environment at large.” (3)
Brian John asks Glover:
“With all due respect, that is a repetition of the same lie. What literature do you read? And from whom do you obtain your scientific advice?”
John goes on to state:
“I wish to place on record that there is abundant and unequivocal published evidence, within and outside the peer-reviewed literature, of real harm to living organisms in the plant and animal kingdoms arising from the growing of GMO crops and the consumption of GMO foodstuffs.  This material is freely available to any scientist who chooses to examine it, and many of the key publications are found within a list recently compiled and published by GMO Free USA.” (4)
John then lambasts Glover for her one-sided approach:
“Of course, there are others lists of publications, some purporting to demonstrate harm associated with GMOs, and others purporting to show that they are safe. You refer to “thousands of research projects” and pretend that they all reach the same conclusion.  That is of course nonsense.”
Although Glover likes to argue there is a consensus within the ‘scientific community’ concerning the benefits and safety of GMOs, this is patently not the case.
John tells Glover:
“The fact of the matter is that there is a powerful case showing that GMOs are harmful, with the findings of many early papers substantiated and confirmed by subsequent research. To deny that case is to perpetrate a falsehood.”
He asks if Glover will now:
“… retract your 2012 statement and accept that there is abundant evidence showing adverse impacts (both direct and indirect) on human and animal health and on the environment arising from the growing and consumption of GMO products? And will you also issue an apology to those members of the research community whose publications (in peer-reviewed journals showing harm arising from the use of GMOs) you have so studiously ignored?”
In a December 2013 press release, the European Network of Scientists for Social and Environmental Responsibility (ENSSER) stated that Glover’s GMO propagandising is “irresponsible” as she “chooses to listen to one side of the scientific community only — the circle of GMO producers and their allied scientists” (5). Based on a statement signed by 297 scientists and experts, Dr Angelika Hilbeck, chair of the ENSSER, which published the statement, said:
“We’re surprised and pleased by the strong support for the statement. It seems to have tapped into a deep concern in the global scientific community that the name of science is being misused to make misleading claims about the safety of GM technology.”
Glover has serious conflicts of interest that have led Member of the European Parliament and former French minister for the environment, Corinne Lepage, to call for her resignation. According to GM Watch, Glover is a shareholder in a biotech company (6), and her background is that of a business-savvy genetic engineer. Her track record includes setting up the firm Remedios, which was named ’s “Best New Biotechnology Company” for Biotech by its industry peers (7).
Glover’s pro-GM propaganda mirrors that of Owen Patterson, British Environment Secretary (8). His British Conservative Party colleague Zac Goldsmith has called him a puppet of the biotech industry (9).
Although Glover’s views are of great concern, in many respects she is symptomatic of a much deeper malaise whereby a lack of independence from the biotech and food conglomerates is distorting regulatory practices and corrupting policies within the EU to the detriment of the public (10).
Read the full transcript of Brian John’s letter to Anne G lover here:http://gmwatch.eu/index.php/news/archive/2014/15308-eu-chief-science-adviser-s-gmo-safety-claims-are-a-lie
Notes
1) http://www.euractiv.com/innovation-enterprise/commission-science-supremo-endor-news-514072
2)  http://www.euractiv.com/innovation-enterprise/chief-scientifc-adviser-policy-p-interview-514074
3)  http://www.euractiv.com/science-policymaking/eu-chief-scientist-unethical-use-interview-530692
4)  http://gmofreeusa.org/gmos-are-top/gmo-science/
5) http://www.ensser.org/media/0713/
6) http://www.gmwatch.org/index.php/news/archive/2014/15303-paterson-and-glover-push-gmos-in-africa-at-taxpayers-expense-wed
7) http://www.nature.com/naturejobs/science/articles/10.1038/nj7100-326a
8) http://www.globalresearch.ca/the-realities-of-gmo-and-petro-chemical-agriculture-allergies-toxins-new-diseases/5367760
9) http://www.independent.co.uk/news/uk/politics/tory-mp-says-progm-environment-secretary-owen-paterson-is-industry-puppet-8686133.html
10) http://corporateeurope.org/efsa/2013/10/unhappy-meal-european-food-safety-authoritys-independence-problem