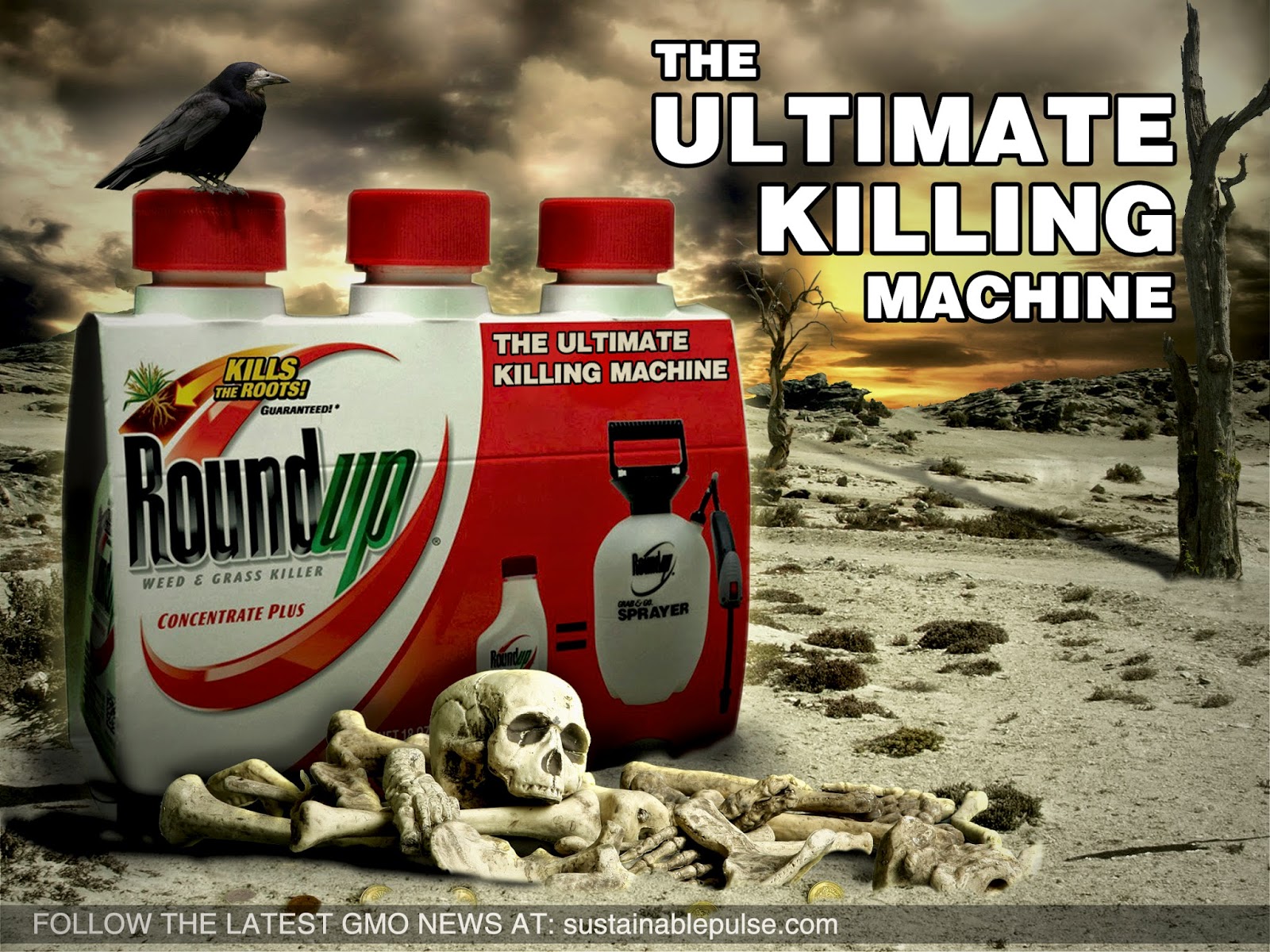 (all links in italics)
On Friday 20 March, the World Health Organisation stated that the world’s most widely-used weed killer can “probably” cause cancer. The WHO’s International Agency for Research on Cancer (IARC) said that glyphosate was “classified as probably carcinogenic to humans.”
Glyphosate is the active ingredient in Monsanto’s Roundup herbicide. By Monday, Monsanto’s shares had fallen by 2%.
It was no surprise then that the work of WHO cancer specialists from 11 countries was speedily dismissed by Monsanto. In a press release, the company argued the findings are based on ‘junk’ science and cherry picking and are agenda driven.
Philip Miller, Monsanto’s vice-president of global regulatory affairs, said:

It’s not so dramatic given that the sanctioning and testing of glyphosate for commercial use has been a seriously flawed affair due to the actions of and conflicts of interest within various regulatory agencies (for example, see this,this, this and this). Moreover, Monsanto itself knows a thing or two about junk science, cherry picking and biased agendas being a long-time exponent of such things.
Glyphosate is widely used on crops and has been detected in food, water and in the air after it has been sprayed. Its use has previously been strongly associated with various diseases (see this and this). The evidence for the WHO’s conclusion is derived from studies in the US, Canada, and Sweden that have been published since 2001.
To coincide with the IARC’s findings, public promoter of GM golden rice Patrick Moore recently said during an interview on French TV that:

“I do not believe that glyphosate in Argentina is causing cancer. You can drink a whole quart and it won’t hurt you.”

(See here for information about glyphosate use and cancer rates in Argentina).
The interviewer asks if he would like to drink it because he has some available.

The interviewer again challenges Moore to drink some.

Moore: “No. I’m not stupid… People try to commit suicide with it and fail fairly regularly.”

The interviewer urges Moore to tell the truth.

Moore: “No, It’s not dangerous to humans.”

Interviewer: “So are you ready to drink one glass of glyphosate?”

Moore: “No, I’m not an idiot… Interview me about golden rice… then the interview is finished… you’re a complete jerk.”

Then Moore storms out.
And the lesson is: do not make baseless statements.
Perhaps Monsanto could learn a thing or two from Moore’s interview.
Watch Moore’s foot-in-mouth interview here:
http://www.canalplus.fr/c-infos-documentaires/pid3357-c-special-investigation.html?vid=1122650&sc_cmpid=TWShareInfo