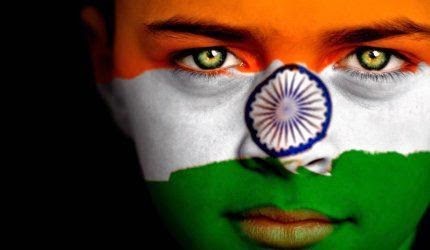 According to the World Bank in the nineties, it was expected (and hoped) that some 400 million people in Indian agriculture would be moving out of the sector by 2015. To help them on their way, farming had to be made financially non-viable and policies formulated to facilitate the process.
Food and trade policy analyst Devinder Sharma describes the situation:

“India is on fast track to bring agriculture under corporate control… Amending the existing laws on land acquisition, water resources, seed, fertilizer, pesticides and food processing, the government is in overdrive to usher in contract farming and encourage organized retail. This is exactly as per the advice of the World Bank and the International Monetary Fund as well as the international financial institutes.”

He notes that in its 2008 World Development Report, the World Bank wanted India to hasten the process by accelerating land acquisitions and launching a network of training institutes to train younger people in rural areas so as to make them eligible for industrial work. This is now happening, especially the highly contentious push to facilitate private corporations‘ access to land, which has been sparking mass protests across the country.
Sharma describes how US subsidies and global trade policies work to benefit hugely wealthy agribusiness corporations, while serving to cripple the agricultural sectors of poorer countries. The massive subsidies doled out by the US to its giant agribusiness companies lower global produce prices and buck markets in favour of Washington. The US has also included non-trade barriers (such as various health standards and regulations) to keep agricultural imports out. At the same time, India has opened its markets and support for its own farmers is being cut. Farmers are thus being left to the vagaries of a global market slanted in favour of US interests.
As India’s farmers face increasing financial distress and foreign private players try to move in to secure land and the seed, food processing and food retail sectors, what is happening courtesy of compliant politicians is tantamount to cannibalizing the country at the behest of foreign interests.
Western agribusiness has already gained an influential foothold in India and many of the country’s national public bodies. Along with US food processing giants Cargill and Archer Daniels Midland, agribusiness aims to recast the rural economy (and thus Indian society, given that hundreds of millions depend on it for a living) according to its own needs. This would mean eventually moving over 600 million (never mind the previously mentioned figure of 400 million) who depend on agriculture and local food processing activities into urban areas.
Monsanto already dominates the cotton industry in the country and is increasingly shaping agri-policy and the knowledge paradigm by funding agricultural research in public universities and institutes (see here). Moreover, public regulatory bodies are now severely compromised and riddled with conflicts ofinterest where decision-making over GMOs are concerned.
But this is the nature of the ‘globalization’ agenda: the goal is to ‘capture’ and ‘exploit’ foreign markets and their policy/regulatory bodies. The culture of neoliberalism is exemplified by APCO Worldwide, a major ‘global communications, stakeholder engagement and business strategy’ company that Narendra Modi has been associated with in the past. In APCO’s India Brochure, there is the claim that India’s resilience in weathering the global downturn and financial crisis has made governments, policy-makers, economists, corporate houses and fund managers believe that India can play a significant role in the recovery of the global economy in the months and years ahead. APCO describes India as a trillion dollar market.
No mention of ordinary people or poor farmers. The focus is on profit, funds and money because for the readers of such documents all of this constitutes ‘growth’ — a positive sounding notion sold to the masses that in reality means corporate profit. It forms part of an ideology that attempts to disguise the nature of a system that has produced austerity, disempowerment and increasing hardship for the bulk of the population and the concentration of ever more wealth and power in the hands of the few who now dictate policies to nation states.
Take a brief look at what happened in Britain when the neoliberal globalization strategy took hold there. As with Modi, Margaret Thatcher was a handmaiden to rich interests.
During the eighties, the Thatcher government set the wheels in motion to shut down the coal mining industry. The outcome destroyed communities across the country, and they have never recovered. Crime-ridden, drug-ridden and shells of their former selves, these towns and villages and the people in them were thrown onto the scrapheap. The industry was killed because it was deemed ‘uneconomical’. And yet it now costs more to keep a person on the dole than it would to employ them at the minimum wage, the country imports coal at a higher cost than it would to have kept the pits open and Britain has to engage in costly illegal wars to secure its oil and gas energy needs, which coal could largely provide (Britain has over 1,000 years of coal supply in the ground). In fact, before 1970, Britain got all its gas from its own coal.
The economics just do not add up. Former miners’ leader Arthur Scargill fought to save the mining industry and now asks where is the sense in all of this (see this, this and this).
The same happened across the manufacturing sector, from steel to engineering to shipbuilding. And a similar process occurred in the fishery and agriculture sectors. In 2010, there were over eight million unemployed (over 21 percent of the workforce), despite what the official figures said.
Britain decided to financialize its economy and move people out of manufacturing to integrate with a neoliberal globalized world order. Ordinary people’s livelihoods were sacrificed and sold to the lowest bidder abroad and the real economy was hollowed out for the benefit of giant corporations who now have near-monopolies in their respective sectors and record massive profits. People were promised a new service-based economy. Not enough jobs materialized or when they did many soon moved to cheap labour economies or they were automated.
Although it’s a vastly different country, if we look at agriculture in India, a similar trend is seen. Almost 300,000 farmers have taken their lives in India since 1997 and many more are experiencing economic distress or have left farming as a result of debt, a shift to cash crops and economic ‘liberalization’.
In a recent TV interview, Devinder Sharma highlighted the plight of agriculture:

“Agriculture has been systematically killed over the last few decades… the World Bank and big business have given the message that this is the only way to grow economically… Sixty percent of the population lives in the villages or in the rural areas and is involved in agriculture, and less than two percent of the annual budget goes to agriculture… When you are not investing in agriculture, you think it is… not performing. You are not wanting it to perform… Leave it to the vagaries or the tyranny of the markets… agriculture has disappeared from the economic radar screen of the country… 70 percent of the population is being completely ignored…”

As policy makers glorify ‘business entrepreneurship’ and ‘wealth creation’ and acquiesce to hugely wealthy individuals and their corporations, it largely goes unrecognized that farmers have always been imbued with the spirit of entrepreneurship and have been creating food wealth for centuries. They have been innovators, natural resource stewards, seed savers and hybridization experts. But they are now fodder to be sacrificed on the altar of US petro-chemical agribusiness interests.
In his interview, Devinder Sharma went on to state that despite the tax breaks and the raft of policies that favour industry over agriculture, industry has failed to deliver; but despite the gross under-investment in agriculture, it still manages to deliver bumper harvests year after year:

“In the last 10 years, we had 36 lakh crore going to the corporates by way of tax exemptions… They just created 1.5 crore jobs in the last ten years. Where are the exports? … The only sector that has performed very well in this country is agriculture… Why do you want to move the population… Why can’t India have its own thinking? Why do we have to go with Harvard or Oxford economists who tell us this?” (36 lakh crore is 36 trillion; 1.5 crore is 15 million)

It all begs the question: where are the jobs going to come from to cater for hundreds of millions of former agricultural workers or those whose livelihoods will be destroyed as transnational corporations move in and seek to capitalize industries that currently employ tens of millions (if not hundreds of millions)?
The genuine wealth creators, the farmers, are being sold out to corporate interests whose only concern is to how best loot the economy. As they do so, they churn out in unison with their politician puppets the mantra of it all being in the ‘national interest’ and constituting some kind of ‘economic miracle’. And those who protest are attacked and marginalised. In Britain during the eighties, it was a similar situation. Workers’ representatives portrayed as the ‘enemy within’.
Through various policies, underinvestment and general neglect, farmers are being set up to financially fail. However, it is corporate-industrial India which has failed to deliver in terms of boosting exports or creating jobs, despite the massive hand outs and tax exemptions given to it (see this and this). The number of jobs created in India between 2005 and 2010 was 2.7 million (the years of high GDP growth). According to International Business Times, 15 million enter the workforce every year (see here).
Again, this too is a global phenomenon.
Corporate-industrial India is the beneficiary of a huge global con-trick: subsidies to the public sector or to the poor are portrayed as a drain on the economy, while the genuinely massive drain of taxpayer-funded corporate dole, tax breaks, bail outs and tax avoidance/evasion are afforded scant attention. Through slick doublespeak, all of this becomes redefined necessary for creating jobs or fueling ‘growth’. The only growth is in massive profits and inequalities, coupled with unemployment, low pay, the erosion of welfare and a further race to the bottom as a result of secretive trade agreements like the TTIP.
India is still a nation of farmers. Around two thirds of the population in some way rely on agriculture for a living. Despite the sector’s woeful neglect in favour of a heavily subsidized and government-supported but poorly performing industrial sector, agriculture remains the backbone of Indian society.
Notwithstanding the threat to food security, livelihoods and well-being, the type of unsustainable corporate-controlled globalized industrial agriculture being pushed through in India leads to bad food, bad soil, bad or no water, bad health, stagnant or falling yields and ultimately an agrarian crisis. It involves the liberal use of cancer-causing pesticides and the possible introduction of health-damaging but highly profitable GMOs.
There was a famous phrase used in the eighties in Britain by the former Prime Minister Harold McMillan. He accused the Thatcher administration of ‘selling the family silver’ with its privatization policies and the auction of public assets that ordinary people had strived to build over many decades of dedicated labour.
As Modi presses through with his strident neoliberal agenda and seeks to further privatize India’s agricultural heritage, it begs the question: is it not tantamount to turning in on yourself and destroying the home in which you live?