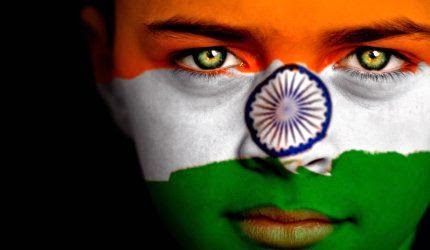 The story goes like this: India is an economic miracle, a powerhouse of growth. It is a nation that increasingly embodies the spirit of entrepreneurship. And the proof? Until recently, India had year on year 9% GDP growth (or thereabouts).

Such logic, statements and figures are the stuff of headlines that pay homage to the supposed wonders of neoliberalism which the corporate media trots out time and again in the belief that if something is repeated often enough then it must be true.
Visit Delhi or Mumbai and you can witness the trappings of this ‘success’. Newly built towns on the outskirts with gleaming apartment blocks and sterile shopping malls. What more could a person want? All well and good for those who have benefited from neoliberal economic reforms that began in 1991 – because indeed it seems that is all they do want.
But these beneficiaries of neoliberalism comprise a minority. They constitute but a section of the urban population, which in turn constitutes a minority within the country. They are the ones the ideologue-economists and corporate-controlled media in the West focus on when celebrating capitalism and its global ‘success’. But what about the bulk of the population, the two thirds that live in villages and rural India?
According to Sudhansu R Das, the Indian village was once enshrined in a performing eco-system and a healthy social life (see this). In fact, the village was the centre of a rural economy, an economic powerhouse of agricultural innovation, artisanship and entrepreneurialism. However, the British Raj almost dismantled this system by introducing mono crop activities and mill-made products. Post-independent India failed to repair the economic fabric and is now actually accelerating the dismantling. As a result, rural India is too often depicted as a ‘basket case’, a drain on the nation’s subsidies and resources.
It is not, however, agriculture that is the subsidy-sucking failure it is so often portrayed as in the mainstream media. The spotlight should instead focus on corporate-industrial India, the supposed saviour of the nation, which has failed to deliver in terms of boosting exports or creating jobs, despite the massive hand outs and tax exemptions given to it (see this and this).  As subsidy-sucking failures go, it has much to answer for.
Of course, corporate-industrial India is engaged in a huge con-trick, which forms part of the neoliberal agenda worldwide: subsidies to the public sector or to the poor are portrayed as a drain on the economy, while the genuinely massive drain of taxpayer-funded corporate dole, tax breaks, bail outs, sops, tax avoidance and evasion are afforded scant attention. If anything, through slick doublespeak, all of this becomes redefined as being necessary to create jobs or fuel ‘growth’.
But what does the taxpaying public get in return for subsidising the private sector in this way and for paying for its fraudulent practices? What do ordinary people get for being forced to ‘stand on their own two feet’ while subsidising a system of ‘free’ enterprise that is anything but free? Jobs…  ‘growth’?
No, they see record profits and levels of inequality and experience austerity, the outsourcing of jobs, low pay, the destruction of rights, deregulation, mass unemployment and the erosion pensions and social security (see this  and this).
The machinery of state is pressed into the service of private capital for the benefit of private capital under the guise of ‘growth’ or the ‘national interest’ and that is the price the rest of us pay.
This is exemplified by the following quote:

“We don’t think how our farmers on whose toil we feed manage to sustain themselves; we fail to see how the millions of the poor survive. We look at the state-of-the-art airports, IITs, highways and bridges, the inevitable necessities for the corporate world to spread its tentacles everywhere and thrive, depriving the ordinary people of even the basic necessities of life and believe it is development.” — Sukumaran CV

What Sukumaran CV describes above is in India underpinned by unconstitutional land takeovers, the trampling of democratic rights, cronyism, cartels and the manipulation of markets, which to all purposes is what economic ‘neo-liberalism’ has entailed in India over the last two decades. Corporations have run roughshod over ordinary people in their quest for profit.
In the process, there have been untold opportunities for well-placed officials and individuals to make a fast buck from various infrastructure projects and sell offs of public assets, such as airports, seeds, ports and other infrastructure built up with public money or toil.
This neoliberal agenda is based on state-corporate extremism, which has across the world resulted in national states submitting to the tenets of the Wall Street-backed pro-privatisation policies, deregulation, free capital flows, rigged markets and unaccountable cartels. It is the type of extremism that is depicted as being anything but by the corporate-controlled media.
Powerful corporations are shaping the ‘development’ agenda in India and the full military backing of the state is on hand to forcibly evict peoples from their land in order to hand it to mineral extracting and processing industries, real estate interests and industry.
Moreover, the deal that allows the Monsanto/Syngenta/Walmart-driven Knowledge Initiative on Agriculture in return for the US sanctioning and backing the opening up of India’s nuclear sector to foreign interests has shown who is setting the agenda for agriculture, food and energy.
Almost 300,000 farmers have taken their lives since 1997 and many more are experiencing economic distress or have left farming as a result of debt, a shift to (GM) cash crops and economic ‘liberalisation’ (see this). And yet the corporate-controlled type of agriculture being imposed and/or envisaged only leads to bad food, bad soil, bad or no water, bad health, poor or falling yields and an impending agrarian crisis.
It’s not difficult to see where policy makers’ priorities lie. In a recent TV interview (watch here), food policy analyst Devinder Sharma highlighted such priorities:

“Agriculture has been systematically killed over the last few decades. And they are doing deliberately because the World Bank and big business have given the message that this is the only way to grow economically… Sixty percent of the population lives in the villages or in the rural areas and is involved in agriculture, and less than two percent of the annual budget goes to agriculture… When you are not investing in agriculture, you think it is economically backwards, not performing. You are not wanting it to perform. You are ensuring that the price they get today under the MSP (Minimum Support Price) has also being withdrawn. Leave it to the vagaries or the tyranny of the markets… Twenty-five crore people in this country are agricultural landless workers. If we give these people land, these people are also start-ups, these people are also entrepreneurs… But you are only giving these conditions to industry… agriculture has disappeared from the economic radar screen of the country… 70 percent of the population is being completely ignored…”

Farmers have been imbued with the spirit of entrepreneurship for hundreds of years. They have been “scientists, innovators, natural resource stewards, seed savers and hybridisation experts” who have increasingly been reduced to becoming “recipients of technical fixes and consumers of poisonous products of a growing agricultural inputs industry” (see here).
In his interview, Devinder Sharma went on to state that despite the tax breaks and the raft of policies that favour industry over agriculture, industry has failed to deliver; and yet despite the gross under-investment in agriculture, it still manages to deliver bumper harvests year after year. Furthermore, when farmers are prioritised, politicians are accused of populism and playing to a vote bank. Yet when industry receives subsidies, hand outs and tax breaks, it is called ‘reform’and portrayed as contributing to ‘growth’:

“When we talk about budgets, it’s going to be populism or reforms. What is reforms? … if you don’t give anything to industry, they call it ‘policy paralysis’. But if you give them all kinds of dole then they think it is growth, they think it is a dream budget. In the last 10 years, we had 36 lakh crore going to the corporates by way of tax exemptions. Where are the jobs? They just created 1.5 crore jobs in the last ten years. Where are the exports? … The only sector that has performed very well in this country is agriculture. Year after year we are having a bumper harvest. Why can’t we strengthen that sector and stop the population shift from the villages… Why do you want to move the population just because Western economists told us we should follow them. Why? Why can’t India have its own thinking? Why do we have to go with Harvard or Oxford economists who tell us this?”

With GDP growth slowing and automation replacing human labour the world over in order to decrease labour costs and boost profit, where are the jobs going to come from to cater for hundreds of millions of former agricultural workers or those whose livelihoods will be destroyed as transnational corporations move in and seek to capitalise industries that currently employ tens of millions (if not hundreds of millions)?
Are they to become what Arundhati Roy calls the “ghosts of capitalism,” the invisible, shoved-aside victims of neoliberalism who are deemed surplus to requirements?
India’s development is being hijacked by the country’s wealthy ruling class and the multinational vultures who long ago stopped circling and are now swooping. Meanwhile, the genuine wealth creators, the entrepreneurs who work the fields and have been custodians of the land and seeds for centuries, are being sold out to corporate interests whose only concern is to how best loot the economy.
As they do so, they churn out in unison with their politician puppets the mantra of it all being in the ‘national interest’ and constituting some kind of ‘economic miracle’.