Nanotechnology is probably not the reading material sitting on the coffee tables of most people. Yet, it is already beginning to have an impact on everything from electronics to alternative energy to food, cosmetics and clothing. In fact, several hundred common products contain nanomaterials, which has prompted lawsuits against the FDA for failure to properly regulate them.

For futurists and Transhumanists, the human body is the final frontier.

The nanotech revolution has been heavily invested in by the U.S. government, as outlined in their National Nanotechnology Initiative Strategic Plan, which involves 20 federal agencies and partners. This must-read document lays out a projected future to understand and control matter for the management of every facet of the environment, health and safety.

We are beginning to see the dividends being paid to Big Pharma through edible nano-sized microchips and other “smart” pills aimed to surveil the internal workings of the body, and one day perhaps completely reengineer humanity from the atomic level on up … including the brain.

The infographic below offers a comprehensive overview of how this reengineering will take shape. Now is the time to start paying close attention to these developments, as what has been considered to be science fiction conspiracy theory thus far is now being openly discussed on the world stage as Humans 2.0. 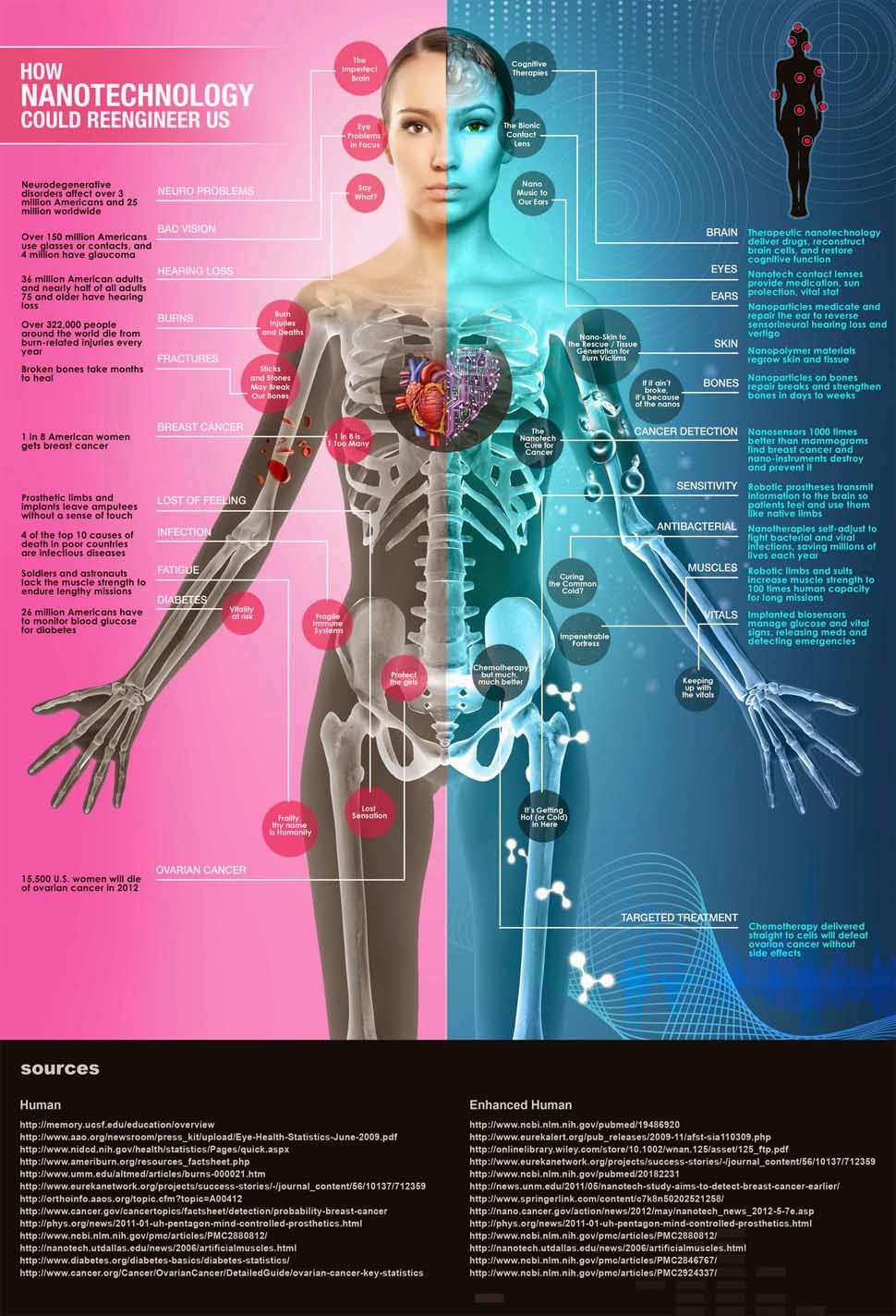 Source, and for larger image:
How Nanotechnology Could Reengineer Us – Keithley Instruments