By Ian Cobain | Officers of the Security Service, MI5, are being accused of “outsourcing” the torture of British citizens to a notorious Pakistani intelligence agency in an attempt to obtain information about terrorist plots and to secure convictions against al-Qaida suspects.

A number of British terrorism suspects who have been arrested in Pakistan at the request of UK authorities say their interrogation by Security Service officers, shortly after brutal torture at the hands of agents of Pakistan’s Inter-Services Intelligence agency (ISI), has convinced them that MI5 colluded in the mistreatment. 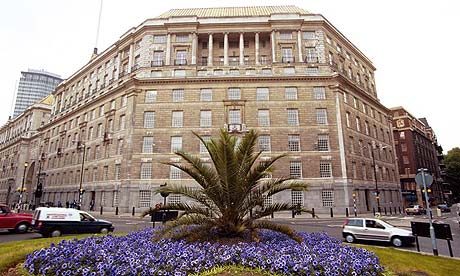 Those men have given detailed accounts of their alleged ordeals at the hands of the ISI over the last four years. Some of them appear to have been taken to the same secret interrogation centre in Rawalpindi, where they say they were repeatedly tortured before being questioned by MI5.

Tayab Ali, a London-based lawyer for two of the men, said: “I am left with no doubt that, at the very worst, the British Security Service instigates the illegal detention and torture of British citizens, and at the very best turns a blind eye to torture.”

One man from Manchester says that in 2006 he was beaten, whipped, deprived of sleep and had three fingernails slowly extracted by ISI agents at the Rawalpindi centre before being interrogated by two MI5 officers. A number of his alleged associates were questioned in Manchester at the same time and two were subsequently charged. This man’s lawyers say his fingernails were missing when they were eventually allowed to see him, more than a year after he was first detained. They say they have pathology reports that prove the nails were forcibly removed.

A second man, from Luton, Bedfordshire, alleges that two years earlier he was whipped, suspended by his wrists and beaten, and threatened with an electric drill, possibly at the same torture centre. His interrogation was coordinated with the questioning of several associates at Paddington Green police station, west London, and the questioning of a further suspect in Canada.

MI5 does not dispute questioning him several times during his 10 months’ detention in Pakistan. At his trial, the judge accepted he had been mistreated but said he believed the claims were exaggerated.

No attempt was made to extradite either man to be questioned by police officers in the UK, and they received no assistance from British consular officials. They were eventually arrested on arrival in Britain after being placed aboard aircraft and flown in without extradition hearings.

The accusation that MI5 is at the very least turning a blind eye to the torture of British citizens – and may have actually colluded in their torture – is to surface in a number of forthcoming court cases, including the trial of the man who lost his fingernails, an appeal lodged by the man from Luton after he was convicted of terrorism offences, and a separate civil action being pursued on his behalf.

MI5 is thought to be considering a defence based on its officers’ insistence that they had no reason to know that the ISI might have been torturing the men – a position that Pakistani lawyers and human rights activists in Pakistan and the UK say beggars belief. Even a high-ranking Scotland Yard counter-terrorism detective has conceded privately that there is little doubt that the Luton man was tortured.

The Guardian is aware of claims by a number of other British citizens that they were tortured after being detained as terrorism suspects in Pakistan.

The allegations being made by these men and their lawyers, which are detailed in today’s Guardian, are expected to be raised by human rights groups. Andrew Tyrie, Conservative MP for Chichester and a campaigner against the abuse of the human rights of terrorism suspects, is considering asking a series of questions about the matter in the Commons.

Under the Criminal Justice Act 1988 it is an offence for British officials to instigate or consent to the inflicting of “severe pain or suffering” on any person, anywhere in the world, or even to acquiesce in such treatment. Any such offence could be punished by life imprisonment.

Last week it was disclosed that eight men freed from US custody at GuantÃ¡namo Bay had issued writs against MI5 and the Secret Intelligence Service, MI6, alleging they were complicit in their illegal detention and subsequent abuse.

The Security Service declined to comment on the allegations, but pointed to recent reports by the all-party Intelligence and Security Committee, which said all MI5 officers receive training about possible mistreatment of detainees held by foreign intelligence agencies.

The Foreign Office said it was aware of five British citizens being detained in Pakistan over the last four years for questioning about alleged terrorism offences, but would not say how many were detained before 2004. It admitted it had attempted to seek consular access to only two of these people, but declined to say how many had been seen by other British officials.

The FO also declined to say how many had complained of mistreatment, saying: “We have a duty to respect the privacy of the individuals concerned.”