Facebook CEO Mark Zuckerberg was eviscerated on Twitter after he acknowledged a breach of trust over the Cambridge Analytica scandal but failed to apologize. Lessons have been learned, he said, pledging to do better in future.

In a post on his own network on Wednesday, the billionaire philanthropist admitted that third-party apps which ask users for permission to access their personal data from the social networking site were a security risk, finally acknowledging a decade of concerns from users. 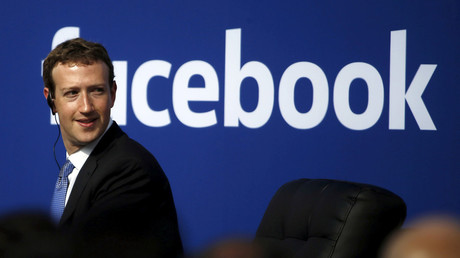 He cited Cambridge University researcher Aleksandr Kogan’s 2013 personality quiz, which mined data on some 300,000 Facebook users and their contacts, saying Facebook changed its data use rules in 2014, in response to this.

In 2015 Facebook banned Kogan’s app after learning from Britain’s Guardian newspaper that he had sold data on to Cambridge Analytica (CA), the London-based political strategy firm which worked for a string of US politicians’ election campaigns, including that of President Donald Trump.

The firm certified that it had deleted that data, in response to demands from Facebook, but last week the Guardian and Britain’s Channel 4 News alleged that that had not been done. Channel 4 covertly filmed CA CEO Alexander Nix boasting of fixing elections around the world, using prostitutes and blackmail to control politicians. He has since been suspended by the firm.

What he is saying is he is sorry that the secret support methods he allowed for Team @BarackObama was figured out by others and everyone knows about it now – he’s only sorry he got caught: Zuckerberg breaks his silence over Cambridge Analytica scandal https://t.co/6H1PO6VCJb

In a bid to reassure users amid calls for a boycott of the platform, Zuckerberg claimed Facebook had already had most of the security measures needed to prevent a repeat of the data breach in place for years.

Disastrous statement from Mark Zuckerberg. He acts like he was the victim!

No apology, no responsibility, no remorse

No promise to stop selling your data to the highest bidder

You aren’t users to him, you’re products

“But we also made mistakes, there’s more to do, and we need to step up and do it,” he said. “I started Facebook, and at the end of the day I’m responsible for what happens on our platform.”

What’s not in Zuckerberg’s 937-word statement:

No pledge to address Congress

No discussion of regulation

No reckoning of why Facebook now cares about this old event
(they got busted, stock dropped)

More in our lead story at 6pm tonight…

Twitter was alive on Wednesday night with posts pointing out that, for Zuckerberg at least, sorry seems to be the hardest word.

Like many with savior delusions, Mark Zuckerberg doesn’t know how to say sorry. So I edited the opening and closing of his non-apology apology for him — no charge. pic.twitter.com/9R4Y1sq3Y2