The files released by a hacker group that claims to have breached the NSA are authentic, whistleblower Edward Snowden has said, explaining the documents’ importance and potential impact on the US elections and relations with allies around the world.

Over the weekend, a mysterious group called Shadow Brokers posted “samples” of files purloined from the Equation Group – widely believed to be a front for the National Security Agency – and said it would sell the rest in exchange for bitcoin. The NSA has yet to comment on the authenticity of the files.

Snowden, who blew the whistle on NSA surveillance operations in 2013, posted a series of tweets on Tuesday with his take on the hack. 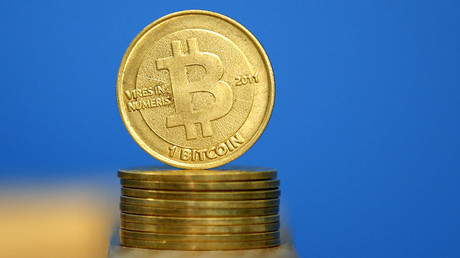 “NSA malware staging servers getting hacked by a rival is not new. A rival publicly demonstrating they have done so is,” the whistleblower wrote, adding, “I suspect this is more diplomacy than intelligence, related to the escalation around the DNC hack.”

A hacker calling himself Guccifer 2.0 has claimed to have breached the computers of the Democratic National Committee, releasing the first batch of documents on his blog in June. Just ahead of the party’s convention in July, WikiLeaks published even more files, which Guccifer 2.0 says he provided. Last week, the hacker published phone numbers, emails and passwords of congressional Democrats as well. The DNC has blamed the Russian government for the hack, though.

Noting that “circumstantial evidence and conventional wisdom” have placed the blame for the hack on Russia, Snowden speculated that the Equation Group hack is “likely a warning that someone can prove US responsibility for any attacks that originated from this malware server.”

If the hacked files can prove that Washington has been hacking its allies, or even interfering in their elections, revealing that could have “significant foreign policy consequences,” Snowden noted. “This leak looks like a somebody sending a message that an escalation in the attribution game could get messy fast,” the whistleblower concluded.

However, it is possible the files may be made public anyway, as WikiLeaks announced Monday it had “already obtained the archive of NSA cyber weapons” and intends to “release our own pristine copy in due course.”

WikiLeaks and Snowden publicly clashed last month over the issue of redacting private data that could hurt innocents if released. While Snowden’s leaks have been painstakingly scrubbed of such information, WikiLeaks has made it clear that it does not believe in editing the data in any way, and intends to publish it raw.

As a postscript to his explanation, Snowden noted that the hackers lost access to the server in June 2013 – just as he came forward with his revelations, prompting the NSA to move its cyberattack software to new servers – signing off with, “You’re welcome, NSA. Lots of love.”