Young Labour, the youth wing of Britain’s main opposition party, has passed a motion describing the head of NATO as a “fascist.”

The motion apparently referred to the General Secretary of the alliance, left-wing Norwegian politician, Jens Stoltenberg. 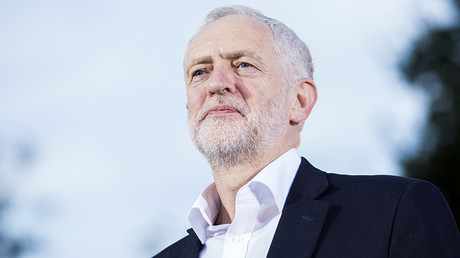 In the motion, Labour Youth accused elected politicians within the party of being “complicit” in conflict and called for Britain to withdraw from NATO, in an apparent broadside against Stoltenberg.

“Labour should commit to withdrawal from NATO on the basis that it no longer meets our collective security needs, is headed by a man variously viewed as an authoritarian and a fascist, and that its continual aggression makes people in the UK less safe than they otherwise would,” it read.

However, the young activists may simply be confused, mixing up the head of NATO with the President of the United States, leader of NATO’s most powerful member state. The left often portrays the serving POTUS, Donald Trump, as a fascist or hard-right authoritarian.

The motion titled “Support Corbyn and internationalism, oppose Trump and NATO” attacked the US and demanded stronger action on militarism from the left in Britain.

The Labour activists put forward the motion at their two-day annual conference, which has been widely mocked online. 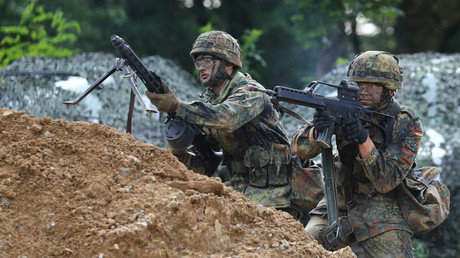 “Young Labour believes from Guyana to Vietnam to Iraq, the Labour Party [has] all too often been complicit in American overseas aggression,” the motion read.

“Like its leader, shadow chancellor and shadow home secretary, the Labour Party should be avowedly anti-imperialist.”

The group, made up of party members aged 14 to 26, also claims imperialism — “a system in its broad outline based on war, racism and exploitation” — is how the west has managed its relationship with the rest of the world since the mid-19th century.

NATO is the “lynchpin” of US imperialism, it said.
However, criticism was fierce online after a number of “mistakes” were called out. Labour supporters on social media said the motion went against the party’s values of internationalism.

In June, the party contained an explicit commitment to continued membership of NATO.

The UK was also never officially involved in the Vietnam War.