A woman said she was left “ashamed” and “humiliated” when a Walgreens pharmacist refused to fill her prescription for medicine to induce a miscarriage because it went against his personal beliefs.

In an emotional Yelp review, Arizona native Nicole Arteaga explained that her doctor had informed her that her baby had stopped developing and she was going to suffer a miscarriage.

“Each week I went for my ultrasound praying to see progress and hear the sound of little heartbeat. Unfortunately, development isn’t happening and my body is slowly getting ready to miscarry,” she said. 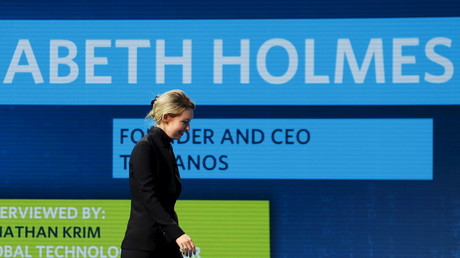 Arteaga was offered a choice between taking prescribed medication to induce a miscarriage or undergoing a hospital procedure. She chose the latter but when she travelled to her local Walgreens in Peoria, 12 miles (20km) outside Phoenix, to have the prescription filled, the pharmacist refused to supply her with the medication.

“I stood at the mercy of this pharmacist explaining my situation in front of my seven-year-old, and five customers standing behind only to be denied because of his ethical beliefs,” Arteaga said on Facebook.

Arteaga explained that she has miscarried before, and it’s an emotional roller coaster. She said the pharmacist had “no idea what it’s like to want nothing more than to carry a child to full term and be unable to do so.”

“I get it we all have our beliefs. But what he failed to understand is this isn’t the situation I had hoped for, this isn’t something I wanted. This is something I have zero control over.”

RT.com has contacted Walgreens for comment. According to local news outlet Fox 10 the company allows pharmacists to reject prescription requests if they have moral objections, but they are still required to refer the prescriptions to other pharmacists or managers on duty.

The company said in a statement that it was “looking into the matter to ensure that our patients’ needs are handled properly.”

Arteaga’s Facebook post has been shared more than 35,000 times and liked nearly 60,000 times. In an update over the weekend she said she later collected her medication at a different Walgreens without any issue, however before she visited the store she paid another revisit to her doctor to ensure he could help her fill the script.

She said she spoke to a Walgreens store manager “who did not seem happy about what had happened” and had also contacted Walgreens corporate office.

“I have filed a complaint with the Arizona Board of Pharmacy. At this time I have done what I can to report the situation. Thank you to those who have shown love and support,” she added.