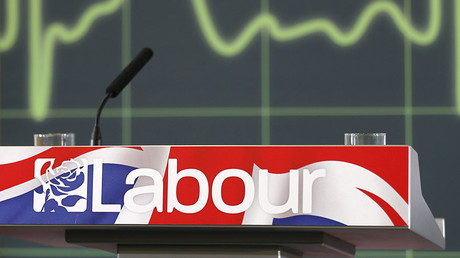 Labour has defended its decision to ban heterosexual white men from its equality conference. The party is facing a backlash for saying attendees must self-define as disabled, LGBT, a woman, or from an ethnic minority background.

The one-day event will allow delegates to vote for women’s, black and ethnic minority (BAME), disabled and LGBT representatives to the Young Labour National Committee.

Heterosexual white men are not allowed to vote in any of these categories, as rules state only women can vote for the women’s representative, and only LGBT members can vote for the LGBT officer.

“There is nothing new about spaces for people with protected characteristics meeting to discuss the inequalities and obstacles they face,” a Labour spokesperson said in a statement to RT. “The purpose of this conference is to ensure that members from disadvantaged groups are able to elect representatives to Young Labour’s National Committee. All other positions on the Committee are elected online, via a ‘one member one vote’ system.”

We’re proud to run events for members that are underrepresented in politics. Sign up for our third annual Equalities Conference now. ✊🏼 pic.twitter.com/Q4DIl56Slc

Tory MP Andrew Bridgen has referred the event to the Equalities and Human Rights Commission, which recently found Labour to be guilty of “unlawful discrimination” for offering BAME members discounted tickets to its East Midlands regional conference.

“The Labour Party are no longer about equality or fighting against discrimination. They have been entirely taken over by identity politics and specific groups of activists,” Bridgen told the Telegraph.

Conservative Party deputy chairman James Cleverly touted the conference as “another example of discrimination by Labour.”

“Their lazy assumption that straight white men can’t fight for equality is shocking,” he said. “It is essential that political parties represent each and every person irrespective of race, sexuality or age. The Labour Party should take action now to ensure that this discrimination comes to an end.”

Young Labour Women took to Twitter to respond to the Conservative outrage. “Will no-one think of the straight white men?!!?,” the account jibed.

This is a conference to elect the BAME, disabled, LGBT and Women’s Officers. If you don’t fall into any of those categories, what would be the point in attending? Cool it with the faux outrage and get a hobby pal. https://t.co/k6Qdms9dbq

The event will take place on March 17 in central London.