Julian Assange fired back at CNN after the network ran a story repeating claims by former Trump advisor Roger Stone.  Stone had claimed that radio personality-comedian Randy Credico was an “intermediary” between him and the Wikileaks co-founder.

“CNN, don’t forget these other WikiLeaks’ ‘contacts’ and ‘intermediaries’: Jake Tapper, Anderson Cooper & Brian Stelter who also all interviewed me in 2016,” Assange tweeted on Thursday, referring to three of the network’s hosts and journalists. “Stone continues to troll you silly, but being fake news, you love it.”

CNN, don’t forget these other WikiLeaks’ “contacts” and “intermediaries”: Jake Tapper, Anderson Cooper & Brian Stelter who also all interviewed me in 2016. “confirms report”? It’s Stone’s report. Stone continues to troll you silly, but being fake news, you love it. https://t.co/KtGxhm1S5Y

You’re obfuscating and taking cheap shots. This isn’t about private communication between you and Stone. This is about him naming this radio host as an intermediary.

Jake Tapper talking to Hillary Clinton about my interview with him means he’s my “intermediary” with Clinton. I get it. You do you, CNN. https://t.co/KtGxhm1S5Y

Earlier on Thursday, CNN reported that Stone had said Credico was “an intermediary between him and Assange.” The article said Stone had declined to reveal Credico’s name to the House Intelligence Committee but later did so privately.

The House Intelligence Committee is investigating allegations that Russians meddled in the 2016 presidential election. The Kremlin has repeatedly denied interference or collusion with the Trump campaign. The committee is interested in Stone and Credico because of a statement in which Stone appeared to predict that WikiLeaks would soon release damaging information about Hillary Clinton. Stone has denied any prior knowledge of WikiLeaks’ publications.

Where the word “intermediary” came from it is not clear. In a Facebook post, Stone said Wednesday that Credico merely confirmed what Assange had said publicly in an interview with British ITV network. 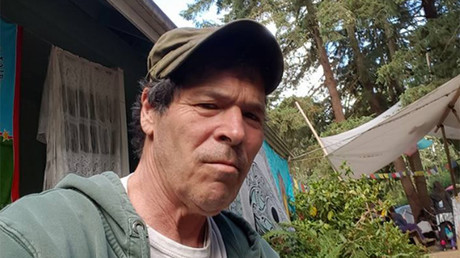 “Randy Credico is a good man,” Stone wrote. “The Committee is wasting their time. He merely confirmed what Assange had said publicly. He was correct. Wikileaks did have the goods on Hillary and they did release them.”

In an interview with RT, Credico called the House Intelligence committee investigation modern-day McCarthysm and a witch hunt.

“They are going after me, why? Because of my connection with Julian Assange. I have been interviewing him for the last year and a half. I’ve had him on my show; I have been to the embassy,” Credico told RT. “This is just another way to keep this phony Russiagate inquiry alive.”

Credico said the US government is going after Wikileaks because of its exposure of what the US had been doing in Syria, in Libya, in Palestine.

“All of that they want to keep suppressed from the public,” said Credico. “I want to know about it! And Assange is perhaps the most gifted person to get that stuff out.”

One of CNN’s reporters, David Wright, got into a Twitter fight with Assange over the story.

“Use whatever phrase you want, but arguing semantics isn’t helping your case. And no one is asserting anything about Stone’s credibility here, merely reporting what he’s told investigators. Wonder why you’re so upset, though,” Wright tweeted.

“I see. For CNN ‘once interviewed him’ is the same as ‘intermediary’ in a plot to overthrow America. We’re done here. Please have the FCC put that warning label on your homeopathic ‘news’ placebo,” Assange replied.