British PM David Cameron and the ‘Remain’ camp are increasingly desperate to convince young people to vote in the EU referendum – and rightly so. If they don’t cast their ballot, pollsters and pundits suggest a knife-edge vote could swing to a Brexit.

A series of polls in recent days suggests the ‘Leave’ side is gaining momentum, with five of the last 10 polls putting Brexit ahead. 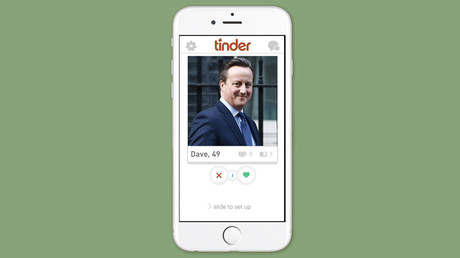 ‘Remain’ campaigners are concerned voter turnout on June 23, especially among the youth, will be crucial in swinging the final result.

Young people are more positive about the EU. According to the Economist’s latest poll, 61 percent support staying in the EU while 18 percent want to leave.

However, young people are much less likely to be registered. Even those who are on the books are notoriously tardy on the day.

Thirty percent of all 20-24 year olds are unregistered, compared with just five percent of those over retirement age.

At midnight on Tuesday, as registration closes, many young people eligible to vote in the referendum will lose the chance to do so. The country’s future therefore may hinge on the bias of an older generation of voters, nostalgic for a bygone Britain.

Darren Hughes of the Electoral Reform Society told the Express around four million 18-24 year olds are not registered to vote.

“This referendum shouldn’t be decided by one generation on behalf of another – this is a vital national conversation that needs to involve everyone, not just older voters.

“Let’s call time on the EU referendum generation gap to make sure this is truly [a] national conversation.”

Statistics collated by the Electoral Reform Society (ERS) suggest a mere one-point rise in turnout among 18-24 year olds could tip the balance in Remain’s favor.

Attempts to engage millennials in the EU referendum debate by Cameron, who Conservatives have traditionally courted in the ‘grey’ vote, have been branded misdirected and patronizing.

The most cringe-inducing examples may be when Cameron allegedly joined the dating app Tinder to encourage more people to vote, or his #votin advertisement, which tried to make democratic participation as hip as other youthful pursuits as “workin,” “shoppin,”“ravin,” and “chattin.”

On Tuesday, Cameron urged young people to register to vote before the deadline, saying the referendum outcome would “alter the destiny of our country forever.”

He added: “I say to everyone – especially young people in our country who this will affect most of all – don’t sit it out on the sidelines.

“Don’t let someone else make this decision for you.”

The Financial Times reports there was a surge in applications to vote in the referendum on Tuesday, suggesting the government’s push to sign up young voters has had a significant effect.

Some 226,000 individuals applied to vote on Monday – the second highest total since online registration was introduced in 2014.

Two-thirds of applications came from people under 34, the Electoral Commission says.