An argument between a black woman and a white man that got a little hairy is being investigated by San Francisco State University. A video of the incident was recorded and posted to YouTube on Monday, garnering nearly 200,000 views in less than a day.

The 46-second video seems to begin ‘in medias res,’ with a white man with dreadlocks telling the black woman, “You’re saying that I can’t have a hairstyle because of your culture? Why?” 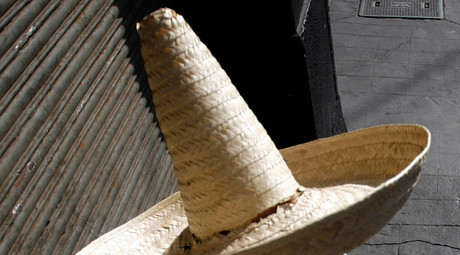 “Because it’s my culture,” she responds.

The man defends his Korn-inspired look by telling the woman that dreadlocks were a part of Egyptian culture and asking if she’s Egyptian, answering his own question: “Nah, man, you’re not.”

The two go back and forth, with the woman asking him where Egypt is, until the man attempts to walk away. She then grabs his arm and blocks him from going up the stairs.

He responds with, “Yo, girl, stop touching me right now,” adding, “I don’t need your disrespect.”

After the man with dreadlocks leaves, the woman turns her attention to the man filming her and asks, “why are you filming this?” to which he responds, “just for everyone’s safety.” The video ends when the woman appears to swat the camera away.

Although the title of the video claims that the woman is a campus employee, San Francisco State officials told the Los Angeles Times that none of the people shown in the video were employed by the university.

Cory Goldstein, the student with the dreadlocks, took to his Facebook page to clarify that he would not pursue charges. The female student has been identified as Bonita Tindle.