In the wake of the financial crisis of 2008, the economics profession suffered a blow to what reputation it had. But unlike most of his colleagues, Mark Thornton was vindicated by 2008. Mark has been a voice of sanity at times when the wild interventions of the Federal Reserve have caused otherwise sensible people to lose their minds.

One rule of thumb I’ve adopted is: whenever the idea that the business cycle may have been tamed forever starts to become mainstream, the bust is around the corner.

After reading this book, you’ll see why. Mark discusses the very different records of Irving Fisher and Ludwig von Mises in the 1920s, with the former saying (in late 1929!) that stock prices had reached a “permanently high plateau” and Mises warning that all the artificial credit creation of the world’s central banks meant a reckoning was coming.

At the end of the 1960s, presidential economic adviser Arthur Okun announced that wise fiscal and monetary policy was making boom and bust a thing of the past. One month after his book on the subject was released, the United States was officially in recession. 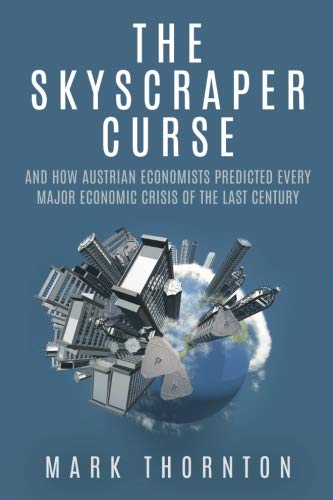 The dot-com bubble of the 1990s continued the pattern. Federal Reserve chairman Alan Greenspan even speculated that we had entered an age in which booms no longer necessarily had to be followed by busts.

I trust you know what happened next.

The most recent financial crisis, which was connected to an especially destructive housing bubble, yielded the same kind of…