California is still in a drought, but the state’s largest reservoir is giving the opposite impression. Lake Shasta was so full its water had to be released into the Sacramento River by the Federal Bureau of Reclamation at the most rapid rate since 2011. 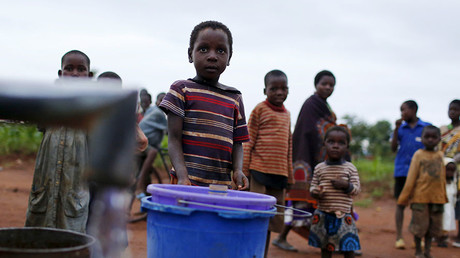 This could be good news for California, as Lake Shasta is the state’s largest reservoir and a key source of water for the Golden State. The lake is also important to crop growers who depend on the Central Valley project reservoirs.

However, four years of dry weather have done damage to sunny California. “We have added a lot of moisture and have had pretty good snows and rains in the state, but the drought has been significant enough that you’re not going to reverse all those issues in a single winter,” Brian Fuchs, a climatologist with the Nebraska-based Drought Mitigation Center, told Reuters.

Despite the El Niño rains, about 35 percent of the state’s condition remains in the most severe category – exceptional drought.

The areas designated as suffering from exceptional drought are along the central coast and the Central Valley breadbasket. The dry years have hurt farmers, who fallowed a half-million acres (202,343 hectares) of land. Fifty-five percent of the state still remains in extreme drought, the second-highest category.