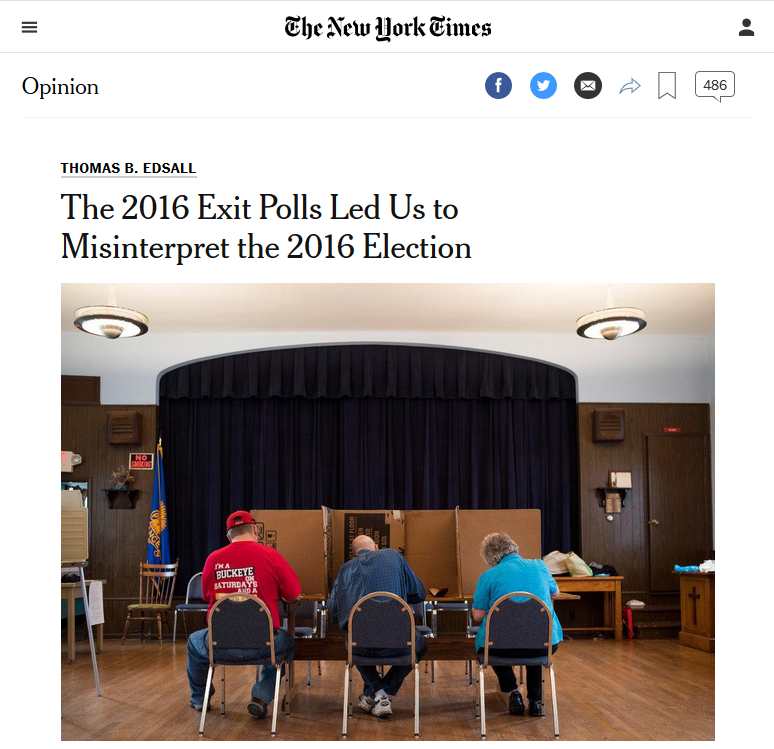 substantially larger than the 26 percent of Democrats who are whites with college degrees—the group that many analysts had come to believe was the dominant constituency in the party.

It’s good for Edsall to acknowledge this—as FAIR (10/9/15) had to take him to task in 2015 for the tortured logic behind his assertion that “Democrats now depend as much on affluent voters as on low-income voters.”

But now that Edsall has admitted that the Democrats are not actually “the favorites of the rich,” as his 2015 headline put it, what should the Democrats do about it? He tips his hand is his opening paragraphs, where he glosses “whites without college degrees” with the phrase “many of whom are culturally conservative,” and describes the “white college-educated Democratic electorate” as “a far more culturally liberal constituency.”

It takes him a while to get to what he’s getting at. “These numbers have powerful ramifications for both Democrats and Republicans preparing for the 2018 and 2020 elections,” he notes about a fifth of the way into the lengthy piece, “strengthen[ing] the case made by Democratic strategists calling for a greater emphasis on policies appealing to working-class voters and a de-emphasis on so-called identity issues.” 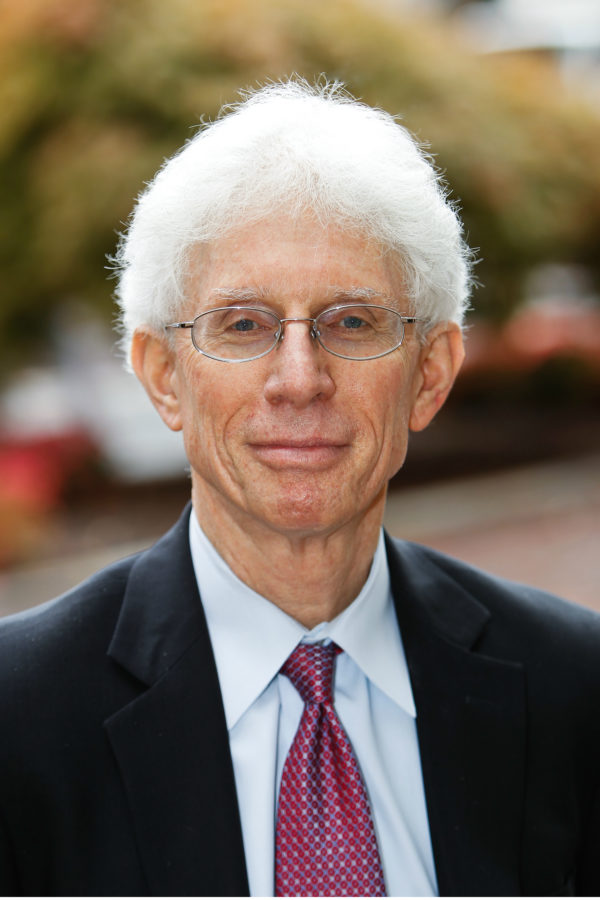 But what are those policies? You have to wade through a lot of words on what’s wrong with exit polling before you come to “what are the implications for Democrats and Republicans?” Then—after just a little bit more about exit-poll problems—Edsall says:

[Ruy] Teixeira of the Center for American Politics and William Galston of the Brookings Institution, two longtime Democratic strategists, suggest different but complementary directions in which to take the Democratic Party going forward.

He turns first to Galston, a policy adviser to Bill Clinton, and a campaign consultant to John Anderson, Walter Mondale and Al Gore, who now writes a column for the Murdoch-owned Wall Street Journal. (He’s been called “America’s wrongest columnist” by Dave Weigel in Slate—11/9/12.) Edsall says Galston “argues that Democrats need to moderate their stand on immigration in order to win over white noncollege voters,” and quotes from his Journal column:

Defenders of liberal democracy should acknowledge that controlling borders is a legitimate exercise of sovereignty, and that the appropriate number and type of immigrants is a legitimate subject for debate. Denouncing citizens concerned about immigration as bigots ameliorates neither the substance nor the politics of the problem. There’s nothing illiberal about the view that too many immigrants stress a country’s capacity to absorb them, so that a reduction or even a pause may be in order.

OK, so Democrats should seek the anti-immigrant vote. And what’s the “different but complementary direction” from Teixeira? Well, in Edsall’s telling, he thinks white working-class voters are important, and says:

If Democrats hope to be competitive in Ohio and similar states in 2020, they must do the hard thing: find a way to reach hearts and minds among white non-college voters.

Yes, but how do you do that? Rather than letting Teixeira elaborate, Edsall interjects, “Let’s go back to Galston…because in my opinion no one captures the situation better than he does.” Then the piece closes with six more long paragraphs of Galston urging Democrats to cater to the supposed xenophobia of working-class whites, terrified as they are of “foreign people, foreign goods, foreign ideas.” Edsall closes with a “better get to it!” paragraph, and that’s the end of the column.

The funny thing is, in the piece of his that Edsall cites (Vox, 1/29/18), Teixeira  does offer a strategy for reaching white working-class voters, one that is indeed different though not actually complementary to Galston’s. Contrary to Galston, Teixeira argues that Democrats should not be

changing their position on key immigration issues like DACA. That would hardly pull Trump’s hardcore supporters from their man, and it would compromise a serious policy commitment of the party. Instead, Democrats should reach out to those white non-college voters for whom issues besides immigration are potentially more salient.

And then Teixeira makes the point that Edsall seems to spend 3,000 words trying to avoid:

It is on economic issues that these voters are most open to overtures, the polling data shows.

Yes, if you want the support of working-class whites without engaging in xenophobia or other forms of race-baiting, the obvious approach is to appeal to them as members of the working class. For Texeira, that means

a massive public jobs program…linked to investment in desperately needed infrastructure, including not just roads and bridges but also community-anchoring institutions like schools and child care centers.

Others might suggest universal healthcare, an increased minimum wage, free college tuition…. It’s not hard to think of popular policies that would appeal to workers of all ethnicities, if that’s what you’re interested in doing.

Edsall, who has criticized Democrats and the left for their failure to “hear — or to grant some legitimacy to — the grievances of white America as it loses power and stature to ascendant minorities,” seems to have another agenda.