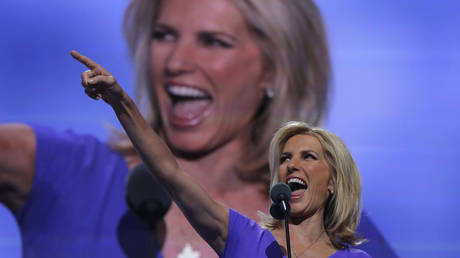 Fox News host Laura Ingraham has ridiculed the mainstream media for its refusal to give up on the ‘Russian collusion’ conspiracy theory, and called CNN’s coverage of the report “absurd and desperate.”

Aside from finding no collusion between President Trump and Russia, the report also found that Trump had cooperated with the investigation. Barr said the White House did not ask for any redactions in the final report.

CNN, of course, savaged Barr for presenting the report’s findings as he did, accusing the attorney general of making “a political speech endorsing the president’s behavior,” an accusation Ingraham called “beyond absurd and desperate.”

“This was a political speech endorsing the president’s behavior (by Barr).” — @JeffreyToobin@CNN Beyond absurd and desperate.

CNN wasn’t the only outlet clutching at straws, however. Throughout his press conference, Barr was repeatedly accused by reporters of “spinning” the Muller report to protect Trump, being “generous” to the president, and redacting the report too heavily.

Non lawyers with ZERO understanding of the underlying legal requirements, spouting IDIOCY. The AG recounted what’s in the report and they trash him. Mueller works for the DOJ, goofballs, not the other way around.

“Mueller works for the DOJ, goofballs, not the other way around,” she snapped.