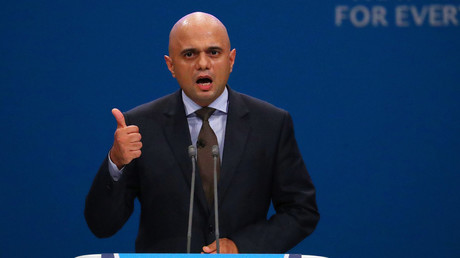 New Home Secretary Sajid Javid has hit out at Labour leader Jeremy Corbyn for not condemning left-wing online trolls, who have labelled him “a coconut and an Uncle Tom” since his appointment to the role on Monday.

During a parliamentary debate that was meant to focus on the Windrush scandal, a question from Tory MP Simon Hoare to Javid raised the temperature of the Commons and initiated fiery exchanges between the opposing front benches.

Hoare asked: “Since his appointment on Monday, vile left-wing trolls have called him, among other things, a coconut and an Uncle Tom. Has that abuse motivated or depressed him in the challenge he faces?”

In his response, Javid appeared to implicate Corbyn into his own personal story of abuse, referring to “the hard left, who have created a hostile environment in their own party, and people who welcomed my appointment by calling me a coconut and an Uncle Tom.” Goading the Labour leader, he asked him: “If that is something the leader of the opposition thinks is wrong, why does he not get up at the dispatch box right now and denounce them?”

With these questions the Tories look to be trying to make the argument that abuse towards Javid has solely come from the left. Furthermore, this abuse in the eyes of Javid is down to the leadership of Jeremy Corbyn, failing to condemn and eradicate abuse wherever it rears its head.

Should a political leader be held responsible for statements made by the public on Twitter? It could be argued that if they are found to be a member of their party, then disciplinary action should take place, but the likes of Hoare and Javid have not stated explicitly that Labour members are responsible, they’ve only implied that this is the case.

Take the ‘Uncle Tom’ label that both Hoare and Javid cited. Collins dictionary defines the term as “a black person whose behavior towards white people is regarded as obsequious and servile.” It allegedly originates from Steve Brookstein on Twitter, the 2004 X-Factor winner, reports The Sun.

Theresa May has to go. Getting Uncle Tom Sajid Javid to be her new human shield after the political death of Amber Rudd isn’t fooling anyone.

This is the same Brookstein who tweeted: “Theresa May whipped Tory MPs to block an investigation into Windrush Scandal. At least Jeremy Corbyn pretended to care about anti-Semitism.” Hardly sounds like his biggest fan. What would Javid like Corbyn to do with his non-fan social media user?

Theresa May whipped Tory MPs to block an investigation into Windrush Scandal. At least Jeremy Corbyn pretended to care about antisemitism. 😂

Is abuse only being committed by left-wing trolls? Well, judging by tweets found on social media, and the comments section of right-wing news outlets such as Breitbart and The Sun, it would appear not. Where is the condemnation from the Conservatives and, more specifically, Theresa May if we’re applying the same standards that Corbyn should adhere to in the eyes of Hoare and Javid et al?

It could be suggested that no party should be trying to use the issue of racism as a political tool with which to beat their opponents. It should be self-evident that racism manifests itself across the political spectrum, so attempting to score cheap political points only debases the seriousness of such a matter.

Sajid Javid and his Tory allies would do well to embark on some self-reflection before launching into a ‘you’re more racist than us’ tirade in the House of Commons, particularly when the focus of the debate should have been the rights and mistreatment of the Windrush generation.