Quantum computing is expected to be the next big thing in computer technology, far surpassing what modern day devices are capable of – and IBM just made its state-of-the-art processor available for free to anyone interested in playing with it online.

Beginning May 4, virtually anyone will be able to access IBM’s quantum processor. All they’ll have to do is request an invitation from IBM and let the company know how experienced they are with quantum computing.

However, no one will be denied access to the processor, a company spokesperson told BBC.

The processor itself is located at the TJ Watson Research Center in Yorktown Heights, New York. There, IBM keeps it stored inside a cryogenic refrigerator at almost -460 degrees Fahrenheit (-273C, or near absolute zero), so that it can keep cool while computing.

Those who want to access the quantum processor, however, will be able to stay in the comfort of their homes or offices, using the cloud and their own computer or mobile device.

“This moment represents the birth of quantum cloud computing,” said Arvind Krishna, senior vice president and director of IBM Research, in a statement. “By giving hands-on access to IBM’s experimental quantum systems, the IBM Quantum Experience will make it easier for researchers and the scientific community to accelerate innovations in the quantum field, and help discover new applications for this technology.”

While quantum computing is still in the early stages, IBM has grand visions for the technology. Currently, computers are powered by transistors that can only store one “bit” of information, which is displayed as a 1 or a 0. Quantum computing, however, is based on superpositioning, or the idea that quantum bits (qubits) can store both a 1 and a 0 simultaneously. As explained by Wired, this means that two qubits could potentially have four values at the same time: 00, 01, 10, and 11. 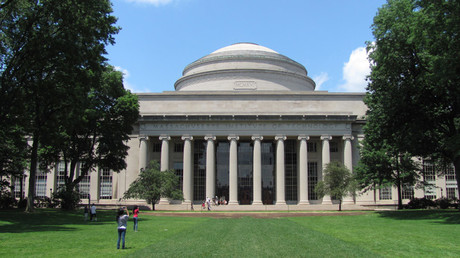 According to IBM, a quantum computer with just 50 qubits would be more powerful than any of the supercomputers available today. The company thinks that medium-size quantum processors of 50-100 qubits could be realized within the next 10 years.

Until then, though, researchers will have to make do with IBM’s current processor, which is running five qubits. Even getting these qubits to run reliably has been a challenge, as the processor is extremely sensitive to heat as well as electromagnetic radiation, PC World reported.

The decision to allow free access to the processor was called a “small but very significant step” by Chris Ford, professor of quantum electronics at Cambridge University, though he doesn’t believe most people will be able to use it.

“This will only be useful for experts who know what they are doing, but the very idea that it’s available to all may bring quantum computing to the attention of the general public, and encourage more people to be interested in how physics makes this new form of computing possible,” he told the BBC.

However, David DiVincenzo of the Institute for Quantum Information at RWTH Aachen University told Wired that he thinks IBM’s access experiment could potentially lead to far more substantial results.

“I think,” he said, “that someone out there will learn things about the behavior of this quantum computer that its developers never thought of.”