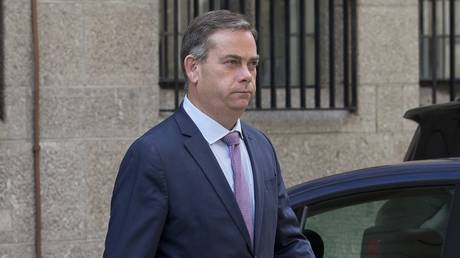 A Tory cabinet minister has become the first to quit over Theresa May’s move to reach out to the main opposition party and hold talks with Labour leader Jeremy Corbyn to find a solution to the Brexit crisis.

Nigel Adams, who was May’s Wales secretary, announced his resignation on Twitter, claiming that the prime minister’s shift to a softer Brexit was a “grave error.”

Following yesterday’s cabinet, this morning I’ve been to Downing Street & resigned my position as UK Govt Minister for Wales & Govt Whip. I’m grateful to the PM for the opportunity to serve as a Minister since 2017 & will continue to serve my constituents from the backbenches. pic.twitter.com/W15xS4cOBP

In his letter to May, he accused the PM of “legitimizing” the Labour leader by pleading for his help to secure a Brexit agreement that the majority of MPs can support. Adams argues that a customs union is now inevitable, which is “not the Brexit my constituents were promised.”

In her speech on Tuesday, May said that if she and Corbyn could reach a unified position, it would be put to MPs for their approval before being taken to the European Council next week. If the two party leaders could not reach an agreement, other options would be put to the House of Commons for a vote.

Also on rt.com
Corbyn says he’s ‘very happy’ to meet May to hammer out Brexit plan, others not so sure


In response, Corbyn claimed that he would be “very happy” meet May, adding that he recognized that the PM had “made a move” to reach out to him.