An ex-prisoner’s lawsuit states he was coerced into having sex with his counselor, while another counselor acted as a lookout. As a result, Steven Moerman of Grand Rapids is suing Michigan’s governor, its Department of Corrections and other officials.

In September, Moerman filed a lawsuit alleging that the prison should have been aware of his being forced into the role of sexual liaison for prison counselor Susan Lee Clingerman. The lawsuit names Governor Rick Snyder (R), along with various current and former officials, and claims that Moerman was forced to be Clingerman’s “virtual sex slave,” the Detroit Free Press reported.

According to the lawsuit, Moerman was receiving treatment for an unnamed mental illness while serving time for a drug conviction at Parnall Correctional Facility in 2014. Moerman claims that he was forced to provide Clingerman “sexual gratification at her whim.”

Their relationship, consensual or not, would be a felony for Clingerman, as the power imbalance between prisoners and employees is so stark that it means prisoners are technically unable to consent, according to the Prison Rape Elimination Act.

The two were caught in the act by a corrections officer who found them having sex in Clingerman’s office and reported them to the Michigan State Police.

That’s when things got even weirder.

After being reported for having sex with Moerman, Clingerman gave a written statement to the state police that she was pregnant with his child. A DNA test proved that Clingerman’s child was fathered by Moerman, and he is now seeking shared custody. Clingerman has also sued Moerman for paternity and child support, the Free Press reported.

Moerman told the Free Press that Clingerman was “desperately wishing to conceive a child,” and “intentionally targeted [him] and began fertility treatment.“

However, Clingerman denies that their relationship was nonconsensual and pled ignorance to the severity of her actions, saying in her written statement that she “knew I could get into trouble – including firing” but said “I did not know I could be prosecuted for this.”

She denied the “sex slave” allegations and claimed that Moerman is just using the case to make some money. She told the Free Press that they “shared responsibility” for their relationship and said, “If we were two people working in the workforce and we had this type of relationship, you wouldn’t think twice.”

She denied taking fertility treatment and claimed that her lawsuit for paternity was a decision by the Friend of the Court, or someone who offers information to a court without connection to the case or people involved.

Instead, she claimed that Moerman “seems to be blowing this out of proportion” and showed the Free Press text messages from Moerman following his release, where he expressed his love for her. She reciprocated until she allegedly learned that he had two other girlfriends and had planned a lawsuit. She responded to this by notifying his parole officer that he was still contacting her after being ordered not to do so.

Sterlin Mesadieu, Moerman’s attorney, pointed out that since his client was the victim in a criminal case against Clingerman, she was more likely to have been ordered not to contact him than he was her.

The Michigan Department of Corrections is not the only agency being closely examined. Last month, the Department of Justice announced that it was launching a statewide investigation into Alabama’s Prisons for Men amid allegations of excessive force and “staff sexual abuse by correctional officers,” according to a DOJ press release. 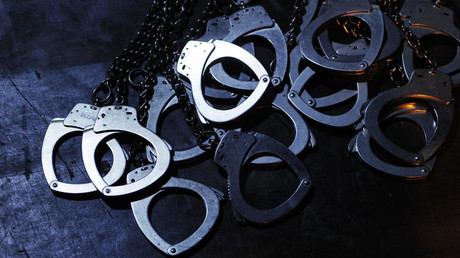 In another case, a prison warden is facing a scandal of his own, Neal Wagatsuma, a Hawaiian jail warden, allegedly forced female inmates in the Kauai Community Correctional Center to watch sexually violent pornography as part of a “shame therapy” to reform prisoners, the New York Daily News reported.

The warden is on trial for a 2014 lawsuit from former jail social worker Carolyn Ritchie. Ritchie claimed that she faced retaliation from the warden after complaining about his treatment of the inmates. In her lawsuit, she alleges that what Wagatsuma called “shame therapy” was actually abuse and entailed recording inmates talking about their sexual pasts and forcing them to watch violent pornography.

However, Wagatsuma claims that the sexually violent content he showed to prisoners was not pornography but Looking for Mr. Goodbar, a film that concludes with a female protagonist who is beaten, raped and murdered. In addition, he defended his therapy techniques explaining, “Shame therapy is talking about things that are deep within a person,” and, “It’s just talking about their lives, talking about anything that’s bothering them.”

He also told the Honolulu federal courtroom that the videos were meant to inspire the female inmates to make decisions that were less likely to put them in compromising positions. He did not deny using words like “whore” and “batuna,” which according to the Post is a slang term for women who trade sex for crystal meth.

“It’s about chastising. It’s a good thing,” he said. “You want to confront them when they’re wrong.“

Wagatsuma also acknowledged that he had no mental health background and that the program he created for the prison is not accredited and has not been reviewed by any prison or mental health professional, Hawaii News Now reported.