Sir Vince Cable is being battered on Twitter after the Liberal Democrat leader suggested those who voted for Brexit are racist. Older people were “driven by nostalgia” for a Britain where “faces were white,” he said.

Speaking at the party’s spring conference in Southport, Cable labeled the referendum “toxic,” and warned about the rise of populism, while hinting that older people who backed Brexit are racist.

“Too many were driven by nostalgia for a world where passports were blue, faces were white and the map was colored imperial pink,” he said. 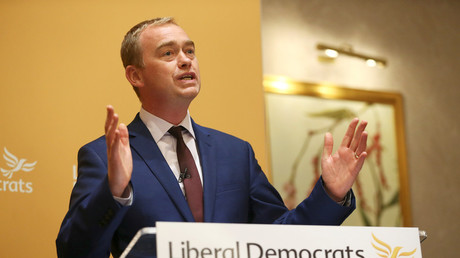 “I would go so far as to say Britain is now mired in a protracted, non-violent civil war,” he continued. “What a disgrace that the fool’s errand of Brexit embarked on to paper over cracks in the Conservative Party has resulted in hate crime on our streets. It was never a good idea to leave the EU. To leave it now borders on extreme recklessness.”

He added that the government’s Brexit policy is a “fraud” and said Britain leaving the EU had “crushed the hopes and aspirations of young people for years to come.”

Twitter users were quick to point out the European Union is predominantly made up of white nations.

“So @VinceCable claims the Brexit vote was ‘driven by nostalgia’ for a world where ‘faces were white.’ Perhaps he would like to explain how leaving a political union of predominantly white European nations has anything to do with his insulting assumption?” one person tweeted. 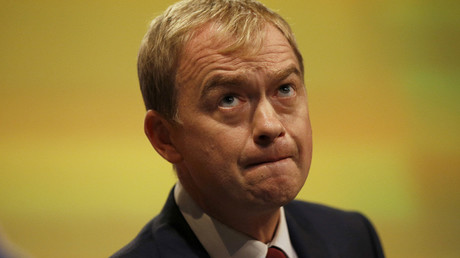 “Calling 17.4 million people racists is unfair and unwise. The real nostalgia here is Vince Cable’s bizarre attachment to the 1950s vision of a federal Europe. There’s a whole world out there, Vince,” said another.

Local Government Secretary Sajid Javid said Cable’s comments were “so wrong and disrespectful.” He said it is there should have been a focus on “trying to bring country together, not seeking to tear it apart.”

Cable has denied calling Brexit supporters racist. Defending his comments, Cable said that while “one element” for some people in supporting Brexit was a desire to curb non-EU immigration, he was primarily making the point that the vote to leave the EU was delivered predominantly on the votes of older people.

“I know it’s uncomfortable, but the simple truth of the matter is the older generation – my generation – the majority voted Brexit, whereas for the younger generation – I’m talking under 25, but indeed a wider group – voted to remain,” he told the BBC.