US District Court Judge Justin Quackenbush ruled Friday that Tanzanian Suleiman Abdullah Salim, Libyan Mohamed Ahmed Ben Soud, and the family of deceased Afghani Gul Rahman have the right to hold individuals accountable for the CIA program that led to their abuse.

Rahman died in CIA custody in 2002 from hypothermia, dehydration and exposure. His family have never been officially notified of his death and have yet to receive his remains.

The American Civil Liberties Union (ACLU) claim Mitchell, Jessen & Associates were paid over $80 million by the US government for their torture program that “preformed illegal human experimentation on CIA prisoners to test and refine the program”.

The program’s methods were devised by Mitchell and Jessen, and ACLU claim the two “personally took part in torture sessions and oversaw the program’s implementation for the CIA”.

“This is a historic win in the fight to hold the people responsible for torture accountable for their despicable and unlawful actions,” said ACLU Staff Attorney Dror Ladin, who argued in court Friday.

“Thanks to this unprecedented ruling, CIA victims will be able to call their torturers to account in court for the first time.”

The ACLU are leading the case on behalf of the men who are just three of “at least 119 individuals” held at CIA secret overseas black sites. 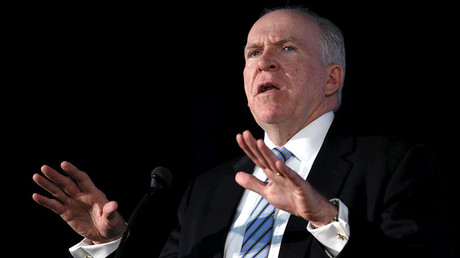 “None of the men were ever charged with a crime or accused of being members of Al-Qaeda,” reports Rudaw.

The black sites used “enhanced interrogation techniques (EIT)” which were “far more brutal and far worse than the CIA represented to policymakers and others,” according to the 6,700-page Senate report following a five-and-a-half year investigation into CIA interrogations.

“Interrogation techniques such as slaps and “wallings” (slamming detainees against a wall) were used in combination, frequently concurrent with sleep deprivation and nudity… The waterboarding technique was physically harmful, inducing convulsions and vomiting,” according to the Senate report.

This will be the first lawsuit that will hold individuals accountable for the CIA torture program. Until now, each case was dismissed after the government argued a trial would reveal state secrets. However, this time, the DOJ filed a “statement of interest” in the case.

The US Justice Department said they would be open to the case proceeding to discovery, as long as certain information pertaining to identities of covert CIA operatives were kept off-limits.

The DOJ and ACLU attorneys now have 30 days to wade through “a plethora of classified information” before the judge hears from the psychologists and the victims, according to the Guardian.