People should use cannabis on the parliamentary estate to force the government to change the law and help sufferers of serious illness, according to Welsh Labour MP Paul Flynn.

Speaking during a Commons debate on drug policy, Flynn said he had once committed a “terrible crime” by helping the late multiple sclerosis sufferer and medicinal cannabis campaigner Elizabeth Brice – also known as Clare Hodges – to use the drug on the House of Commons terrace.

He said he had brought her a cup of hot water in which she prepared cannabis tea used to alleviate the symptoms of her condition. It was a crime, Flynn said, which could have seen both of them jailed under current laws.

Flynn said that using the Class B drug is the only way to get through to “the common mind of the government.”

“I would call on people, and I know we’re not supposed to do this as members, to break the law,” he told MPs. 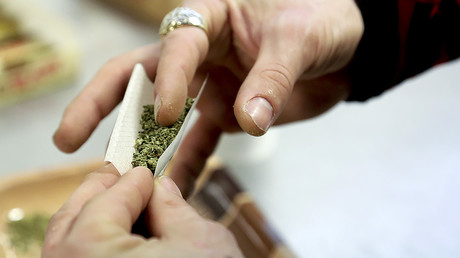 “To come here and use cannabis here and see what happens and challenge the government, the authorities, to arrest them and take them in.

“That’s the only way we can get through the common mind of the government, which is set in concrete and the whole laws are evidence free and prejudice rich – let’s see them do that.”

The debate saw Liberal Democrat Health Spokesman Norman Lamb renew his call for a liberalized drug policy. He said it would benefit public health to create a proper market for cannabis.

Manchester MP and former nightclub DJ Jeff Smith said legislation is long overdue and that the government had to be careful not to lose the message on drugs.

“Many thousands, probably hundreds of thousands, of ecstasy pills are taken in the UK every week and we can’t pretend that people are taking drugs because it is a terrible, miserable experience, because people won’t believe us,” Smith said.

“It will just destroy the credibility of the message.”