During the Cabinet meeting on Thursday, US President Donald Trump said that Turkey hasn’t turned out to be a great friend to the US. Trump also complained about Ankara’s ingratitude in light of the fact that he had secured the release of an imprisoned Turkish national from a country he did not name.

“We have more that we’re planning to do if they don’t release him quickly,” Mnuchin said. 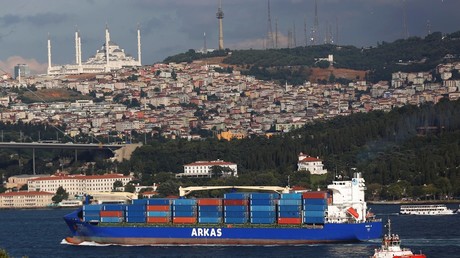 The announcement comes after Turkish Finance Minister Berat Albayrak assured international investors on Thursday that the country’s banks were healthy and that Turkey would emerge “stronger” from its currency crisis.

Qatar has stepped in to help bolster the Turkish lira, which has been hit hard by the trade war with the US.

Turkish authorities have called on their citizens to sell their foreign currency in order to bolster the lira. Nationalist sentiments are running high, with the hashtags #BoycottUSA and #TurkeyWillPrevail dominating Turkish social networks on Thursday morning, according to Reuters.

Pastor Andrew Brunson, a US citizen who has resided in Turkey for over two decades, was arrested on terrorism and espionage charges as part of Ankara’s probe into 2016’s failed military coup. He is facing up to 35 years in prison if convicted.

Washington and Ankara are also at odds over Turkey’s planned purchase of Russian S-400 air defense systems, to the point where the 2019 US military funding bill blocks deliveries of F-35 fighter jets to Turkey.