The US government has yet to reach a “final conclusion” on the murder of Jamal Khashoggi and until then won’t undermine the strategic relationship with Riyadh, amid reports the CIA has pinned the blame on the Saudi Crown Prince.

“Recent reports indicating that the US government has made a final conclusion are inaccurate,” State Department spokeswoman Heather Nauert said, stopping short of explicitly rejecting reports that the CIA had implicated Mohammed bin Salman. “There remain numerous unanswered questions with respect to the murder of Mr. Khashoggi.”

On Friday, the Washington Post and other US media reported that the CIA had concluded with “high confidence” that MbS had ordered the murder of the journalist inside the Saudi Embassy in Istanbul on October 2. 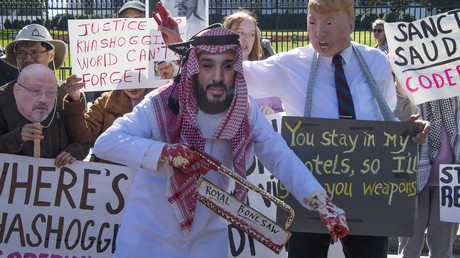 The Washington Post contributor was allegedly lured to the embassy in Istanbul by a false promise of a safety guarantee offered by the Saudi Ambassador to the US, Khalid bin Salman, who happens to be the Crown Prince’s brother. While the agency could not conclude with certainty that the Ambassador knew that Khashoggi’s life would be in jeopardy, considering multiple sources of intelligence, and the fact that bin Salman is the “de facto ruler” of Saudi Arabia, the “accepted position is that there is no way this happened without him being aware or involved,” the Post said, quoting an anonymous source familiar with the investigation.

The CIA assessment, which contradicts Saudi government claims that the Crown Prince was totally unaware of the situation, seems to have caused quite a dilemma for the White House. If the allegations prove to be true, Donald Trump would have to follow through on his promise of “severe punishment.” That, however, would likely mean losing a much-touted $110 billion military contract which he cemented with Saudis last year, and put in jeopardy up to $400bn-worth of contracts with Riyadh.

So far, Trump made it very clear that he does not wish to take any actions that would compromise his signature relationship with Saudi Arabia. On Saturday, Trump again reiterated that Riyadh remains a “spectacular ally,” noting that “as of this moment, we were told that [MbS] did not play a role.”

We also have a great ally in Saudi Arabia. 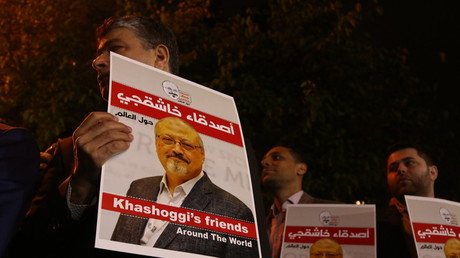 In a somewhat symbolic gesture, on Thursday the US imposed sanctions on a group of Saudis arrested by Riyadh over their alleged role in Khashoggi’s killing, many of whom would likely face the death penalty. The same day Saudi Arabia’s foreign minister firmly reiterated that Mohammed bin Salman had “absolutely nothing to do” with the murder.

Facing international pressure amid numerous reports outlining the gruesome details of Khashoggi’s murder, the Saudi public prosecutor said that the journalist was most likely killed with lethal injection following a struggle with the “negotiation team” inside the embassy in Istanbul. His body was then dismembered and taken out of the building. Two key questions however remain unanswered – where is Khashoggi’s body and who ordered the murder of the 61-year-old?

Until these and other numerous “relevant facts” are uncovered, the US State Department stated that Washington would refrain from any actions that could undermine “the important strategic relationship” with Saudi Arabia.