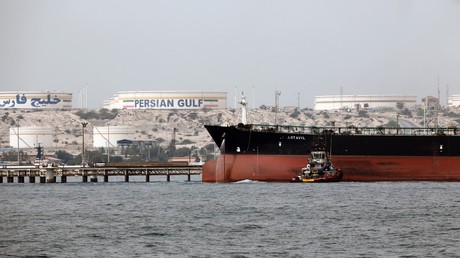 Washington said the EU’s latest Iran development aid package of €18 million is “sending the wrong message” and apparently undermining its efforts to isolate the Islamic republic with unilateral sanctions.

“The European Union’s August 23 announcement of a new $20.7 million payment that will widen economic and sectoral relations between Iran and Europe sends the wrong message at the wrong time,” US State Department Special Representative Brian Hook said.

The US official went on to claim that Tehran will gratefully take the EU money and use it to “conduct assassinations in those very European countries.”

The aid sum, agreed on Thursday, is part of a wider package of €50 million earmarked for Iran in the EU budget, and highlights Europe’s high-profile efforts to maintain economic ties with Tehran, after US President Donald Trump unilaterally abandoned the nuclear accord in May.

“This new package will widen economic and sectoral relations in areas that are of direct benefit to our citizens,” said the bloc’s foreign policy chief Federica Mogherini, emphasizing the EU’s commitment to cooperation with Iran that might help it offset the impact of US sanctions.

Washington is currently busy pressuring allies to fall in behind its unilaterally introduced economic limitations and halt all imports of Iranian oil by November 4.