Several top Democrats should be summoned to testify before the US Senate Intelligence Committee on the infamous Trump-Russia dossier, US Senator Susan Collins (R-ME) has said.

Her remarks were prompted by new revelations linking the file to the Democratic Party and the Clinton campaign, Collins, who is a member of the Senate’s Intelligence Committee, was emphatic that Hillary Clinton’s election campaign manager, John Podesta, and the former head of the Democratic National Committee (DNC), Debbie Wasserman Schultz, “absolutely need to be recalled.”

She added that they were most likely aware of the Democrats role in the preparation of this document.

“It’s difficult to imagine that a campaign chairman, that the head of the DNC would not know of an expenditure of this magnitude and significance. But perhaps there’s something more going on here. But certainly it’s worth additional questioning of those two witnesses,” she told CBS’ Face the Nation. 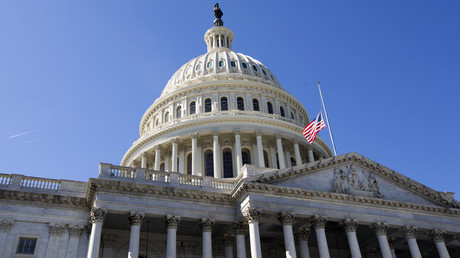 She said further that Marc Elias, a lawyer representing Hillary for America and the DNC, should be questioned “more than anyone.” On Tuesday, the Washington Post alleged that Elias retained research firm Fusion GPS in April 2016 to continue research into Trump’s alleged coordination with Russia; and which later became known as the Steele dossier.

On the same day, Elias’ law firm, Perkins Coie, which represented the Clinton campaign and the DNC, confirmed it had hired Fusion GPS in April 2016. The funding arrangement brokered in the spring of 2016 lasted until right before the election, AP reported earlier this week, citing sources familiar with the matter.

The document, compiled by former British spy Christopher Steele, alleged a compromising relationship between Trump and the Kremlin. It was finalized in December 2016, and published online by BuzzFeed in January. It contained unsubstantiated claims of links and allegations of deals between Moscow and the Trump campaign.

It was funded initially by a Republican-funded journalism website, The Washington Free Beacon. However, the website insisted the enquiry had no Russian angle at that time. The alleged collusion between Trump and Russia became the focal point of the research after it was taken over by the Clinton campaign and the Democratic National Committee (DNC).

The Clinton campaign paid more than $5.6 million to Perkins Coie, recording the expenditures as “legal services,” according to the Federal Election Commission. The DNC paid the law firm more than $2.9 million for “legal and compliance consulting” and reported $66,500 for research consulting.

Taking note of the recent revelations concerning the dossier, the US House Intelligence Committee has been granted access to Fusion GPS bank account records as part of its investigation into the alleged Russian meddling in the 2016 election.

On Sunday, Donald Trump lashed out in a series of tweets at the dossier and said something should be done about Hillary Clinton’s links to the “fake dossier,” as the US president put it.

“Never seen such Republican ANGER & UNITY as I have concerning the lack of investigation on Clinton made Fake Dossier,” he wrote, later adding, that there is “so much GUILT by Democrats/Clinton, and now the facts are pouring out.”

Never seen such Republican ANGER & UNITY as I have concerning the lack of investigation on Clinton made Fake Dossier (now $12,000,000?),….

Earlier this week, Trump said it is “commonly agreed” that there was no collusion between his presidential bid and the Russian government, and accused Clinton of being the one who really colluded with Russia.