Texas Republicans have been slammed with a string of stinging accusations – from being “racist” to “cultural appropriators” – as they ran an ad featuring Hindu deity Ganesha in a bid to attract Indian-American voters.

A wave of outrage is pouring in through social media after the Fort Bend County Republican Party sponsored an ad that features a sketch of the Goddess outlining all her virtues and reads: “Would you worship a donkey or an elephant? The choice is yours.”

Donkeys are the political symbol of the Democrats while elephants are that of the Republicans. 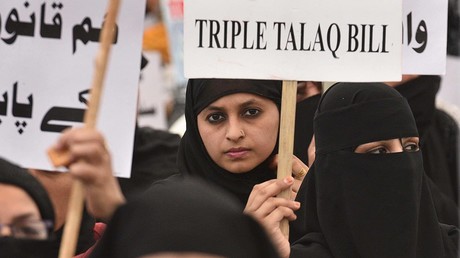 The Hindu American Foundation (HAF) said they appreciated the party’s attempt to “reach out” to Hindus on the important festival but nonetheless hit out at the party’s choice of advertisement saying it was “offensive.”

The Republican ad, “equating Hindus veneration of the Lord Ganesha with choosing a political party based on its animal symbol — is problematic and offensive,” Rishi Bhutada, a board member with the Hindu American Foundation, said in a statement.

He added that using religious references for political purposes should “best be avoided” by all political parties.

An outraged public flocked to social media to condemn the party.

Fort Bend apologized for the ad, saying it was never its intent to offend anyone and that they were merely trying to “properly pay respect to the sacred festival.”