Recoverable oil reserves in the United States now tops that of both Russia and Saudi Arabia, according to an evaluation by a Norway-based independent oil and gas data firm.

Rystad Energy analyzed reserves around the world, distinguishing between those “in existing fields, in new projects and potential reserves in recent discoveries and even in yet undiscovered fields.” The firm determined that the US has about 264 billion barrels, narrowly besting Russia’s 256 billion and Saudi Arabia’s 212 billion.

More than half of the remaining oil reserves in the US are in unconventional shale oil, according to Rystad, including more than 60 billion barrels of shale oil in Texas. Reserves of shale oil have been accessed in recent years via hydraulic fracturing, or fracking, a controversial process that, in order to unleash oil or natural gas, requires blasting large volumes of highly pressurized water, sand, and other chemicals into layers of rock.

“There is little potential for future surprises in many other countries, but in the US there is,” said Per Magnus Nysveen, head analyst at Rystad Energy, according to CNBC. “Three years ago the US was behind Russia, Canada and Saudi Arabia.”

Rystad’s three-year study included 60,000 oil fields around the world, finding that global oil reserves number at around 2.1 trillion barrels, or 70 times the current production rate of around 30 billon barrels of crude oil per year. 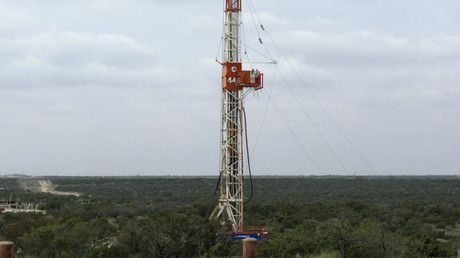 “For comparison, cumulatively produced oil up to 2015 amounts to 1,300 billion barrels,” the firm said.

Ultimately, recoverable oil left on Earth will not be sufficient to meet global needs in the future, Rystad concluded from its study.

“This data confirms that there is a relatively limited amount of recoverable oil left on the planet,” Rystad said. “With the global car-park possibly doubling from 1 billion to 2 billion cars over the next 30 years, it becomes very clear that oil alone cannot satisfy the growing need for individual transport.”

The firm said it used “an established standard approach for estimating reserves is applied to all fields in all countries, so reserves can be compared apple to apple across the world, both for OPEC and non-OPEC countries.” Other analyses of global oil reserves are based on official national reporting, which can be inconsistent, the firm said. For instance, the BP Statistical Review, which is based on individual reporting from nations, says that US reserves still sit behind Saudi Arabia, Russia, Canada, Iraq, Venezuela, and Kuwait. 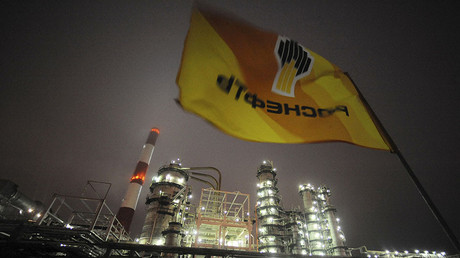 Cost production of oil development is also a crucial part of the equation and should be taken into account, Richard Mallinson, of the consultancy group Energy Aspects, told CNBC.

“Reserves numbers matter but lots of other factors also determine short and long term returns from what the oil companies and nations hold,” said Mallinson. “The rise in prominence of the US doesn’t diminish the role of Saudi Arabia or Russia, which have some of the cheapest to produce oil in the world.”