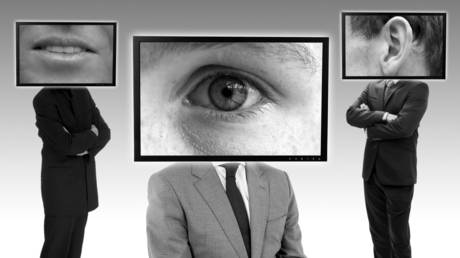 A group of ex-spooks is suing the Defense Department and spy agencies for the right to publish books on their careers without being subjected to arbitrary censorship that favors tales depicting the government in a favorable light.

Claiming that the “prepublication review” system inflicted on all employees with security clearances is overly broad, arbitrary and capricious, and flagrantly unconstitutional, amounting to a “far-reaching system of prior restraint,” the American Civil Liberties Union and the Knight First Amendment Institute are suing the Central Intelligence Agency, the National Security Agency, the Office of the Director of National Intelligence, and the Defense Department on behalf of five former federal employees who argue the byzantine, confusing system has hurt them professionally.

Also on rt.com
NSA kills phone spying program exposed by Snowden… to replace it with something better?


The system also expedites the publication of memoirs favorable to the national security state and the government, while slow-walking or squelching others, the plaintiffs claim, citing emails obtained through a parallel Freedom of Information Act lawsuit that show security reviewers were under pressure to turn Hillary Clinton and James Comey’s books around in under two months, while book-length manuscripts typically take about a year to review and some – including the plaintiffs’ own works – take much longer.

The lawsuit seeks to immediately stop further enforcement of prepublication review – against the plaintiffs or anyone else – and to acknowledge that the system violates the First and Fifth Amendments to the Constitution. While they’re hoping to recoup attorneys’ fees, the intel vets are mostly interested in publishing their books, redaction-free.

Because the system ostensibly exists to protect state secrets, there are no publicly stated rules, and the censors are not required to explain their decisions, leaving the process open to abuse by heavy-handed authorities who might prefer to keep their activities under wraps. Without clearly-delineated standards and the possibility of court review, however, the system runs afoul of First Amendment protections. None of the agencies’ policies take into account whether legitimate public interest outweighs the interests of state secrecy, and even information already in the public domain can be censored.


The system is so dysfunctional that even the CIA commissioned an internal investigation of whether prepublication review was being used to silence speech critical of the agency in 2012. Tellingly, its results were never made public.

The Director of National Intelligence was actually required to draw up a prepublication review policy in 2017 to be applied across all the agencies, which would have solved the problems of differing censorship criteria, personal interpretations, and other inter-agency disparities currently contributing to the confusion over what can and cannot be published, but it never materialized.