One could almost see the proverbial pots and kettles on Friday, when ex-Pentagon chief Ashton Carter informed us that America’s cyber operations and election meddling are entirely dissimilar to the activities of China and Russia.

The panel, held as part of the World Economic Forum in Davos, was dedicated to state cyberwarfare, the risks of cyber operations spiralling out of control, and ways to rein in the emerging threat – from making better software and incentivizing people to update it, to establishing international rules for states to voluntarily observe.

The ghost of Russia’s alleged interference with 2016 election in the US haunted the event, with supporting roles as cyber menaces given to China, alleged thief of US top secret military technologies, and North Korea, alleged perpetrator of the 2014 Sony hack and last year’s WannaCry ransomware epidemic. The panel were debating how the US and the West in general can respond to such attacks, but barely mentioned the role played by the US in bringing the cyberwarfare situation to its current state.

One noticeable exception came from Carter, Defense Secretary during the last two years of Barack Obama’s presidency, who tried to explain how American actions differed from those of China and Russia.

“We conduct espionage on the Internet. And when we are spied on, I don’t complain. I am unhappy with it because I wish we had not had our secrets stolen. But I put it into a different category. Covert action… is not espionage. It has the effect of harming,” he said.

So… when China steals F-35 blueprints, it harms America; when the US spies on German or Brazilian companies and gets competitive advantage in the market, that’s – no biggie? Sounds plausible. But there is more, because US meddling in foreign elections is not the same thing as somebody meddling in US elections, according to Carter. 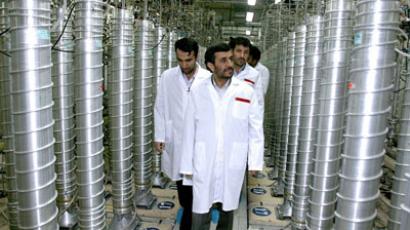 He said China and Russia tell the US: “You stick up for democracy. You oppose leaders who are oppressing their people… That’s true, but that’s overt.”

First, being a democratically elected official does not mean the US will not have you overthrown, or worse. Just ask Iranian Prime Minister Mohammad Mosaddegh, or Chilean President Salvador Allende or, if you want someone who is still alive – Ukraine’s Viktor Yanukovich.

Second, by implication if hypothetically President Vladimir Putin were to come out tomorrow and say: “OK, we hacked the DNC to help our buddy Donald,” that would somehow make all fine? Carter repeated the phrase “attack is an attack” explaining his attitude to clandestine state-sponsored cyber operations some half a dozen times during the hour-long discussion, and it didn’t sound like a nation claiming credit for one would make it less of an attack in his opinion.

The former Pentagon chief argued during the panel that the US has to “get doctrinally settled” in its response to harmful actions of other states that cannot be clearly attributed to those states. His examples were Russia’s deployment of troops with no insignia from its naval base in Crimea during the 2014 crisis in Ukraine and what he termed “stirring up minorities” in the Baltic states by Russia. “We need a war plan… We need to make it painful to do that kind of thing to us,” he said. 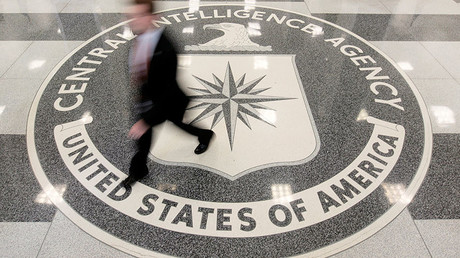 Frankly, the secret supply of US arms to Syrian anti-government groups, attempts to create a Cuban version of Twitter to foster dissent in the island nation or the reported hacking of the Iranian uranium enrichment facility to blow up centrifuges – arguably the best-known case of a state conducting an act of cyberwarfare on another state, by the way – all fall into the same category. But somehow no war plan for those nations was suggested during the panel.

There were some other things that the panel missed. Like the US intelligence practice of hoarding exploits. The WannaCry attack was based on leaked tools developed by the NSA, not some super-secret North Korean cyber warfare unit. Or the fact that the US public often has to trust its government when it points the finger at another nation and says ‘they did it’. Which is disconcerting, if you take into account the historic record of false claims and the fact that the US cyber warfare experts know how to fake “digital fingerprints” to make an attack look like it came from Russia or China. Or that report that the Obama administration ordered “digital bombs” planted, ready to take out critical Russian infrastructure should Washington chose to do so.

But there was silver lining – a new and pretty hilarious conspiracy theory voiced (probably by mistake) by the moderator, Edward Felsenthal, the Editor-in-Chief of Time Magazine. He mentioned the ballistic missile attack false alarm in Hawaii, saying: “And what if that had been a hack? I suppose, to some degree we don’t know it wasn’t for certain.”

Yes, we do. Unless some creative use of “alternative facts” is allowed. Thankfully, Carter explained that it was a case of human error and poorly-designed warning system interface.