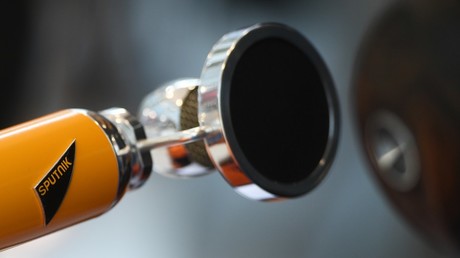 A US-based organization that monitors extremist activity has apologized for linking several award-winning journalists to white supremacists and far-right groups in an article and deleted the story from its website.

A controversial article published by the Southern Poverty Law Center (SPLC), was retracted after it received angry reactions from those involved. Prominent journalist Max Blumenthal, who was the target of the article’s ire, harshly called the story a “lie-filled, McCarthyite piece of innuendo.”

The hoax piece that Portlandia geography teacher @areidross smuggled into @splcenter featured an insane smear of me that the SPLC *itself debunked* in 2014 – and which originated from Rush Limbaugh, the Free Beacon, and pro-Israel trolls. https://t.co/bZG9MxccQs

Rania Khalek, who is also mentioned in the article in a negative way, noted that the SPLC seems to be “smearing people who are antiwar as fascists.”

I don’t even know what to say… I thought SPLC was an anti-hate group, but seems now they’re in the business of smearing ppl who are antiwar as fascists. Unbelievable https://t.co/IgHwKQSkbC

Other journalists accused of having links to far-right groups in the story included Brian Becker from Sputnik’s Loud & Clear, the Grayzone Project’s Ben Norton and Shorty Award winner Tim Pool.

Smear artist @AReidRoss is a pathological liar. He lied to my editor and admitted it. He lied about giving @RaniaKhalek right of reply. He lied about where he was writing. And his defamatory article was full of lies. He has no place writing for the SPLC.https://t.co/sDcpAhR8L5

Wow, SPLC not only falsely claims I have been to Iran but also claims I’m “alt right.”

Perhaps they deleted it because its insane?

Sorry, not only did I not attend a conference in Iran, I have never been there and am certainly not “alt right.”https://t.co/Nvhs5B28qF

A few days after the publication, SPLC finally removed the text and apologized to the journalists.

“We extend a sincere apology to those who believe they have been falsely described in it, including Max Blumenthal, Ben Norton, Tim Pool, Rania Khalek, and Brian Becker,” the retraction said.

The group refuted that their article was written with “any intention to suggest that any of them are white supremacists, fascists, and/or anti-Semites, that they hold such views, or that they are engaged in a conspiracy with the Russian government to promote such views or otherwise.”

After facing the wrath of journalists, the author of the story, Alexander Reid Ross, who is a lecturer at Portland State University, also took to Twitter to defend his ill-fated article, saying that he never called them fascists or anti-Semites.

3/ The SPLC is correct that I never called Max, Ben, or Rania a fascist or an antisemite, nor did I insinuate that they’re involved in some obscure conspiracy. In fact, the subtitle of my piece, “How Fascists Operationalize Left Wing Resentment,” suggests exactly the opposite.

“I will say there is one small, incidental error in the piece, that wasn’t malicious at all,” he concluded.

Entitled, ‘The multipolar spin: how fascists operationalize left-wing resentment,’ the story was released by SPLC’s Hatewatch blog. The group, headquartered in Alabama, claims to “monitor hate groups and other extremists throughout the US and exposes their activities to law enforcement agencies.”