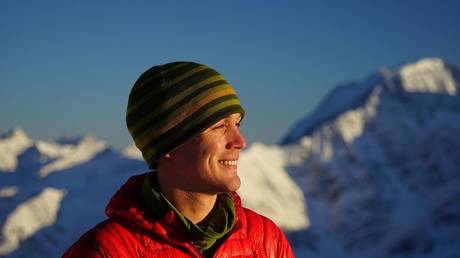 Colin O’Brady successfully finished the 54-day extreme hike on Wednesday, and documented his grueling journey on Instagram, where he shared a triumphant selfie at the wooden post marking the end of the Ross Ice Shelf, where the landmass ends.

“As I pulled my sled over this invisible line, I accomplished my goal: to become the first person in history to traverse the continent of Antarctica coast to coast solo, unsupported and unaided.” O’Brady wrote. “While the last 32 hours were some of the most challenging hours of my life, they have quite honestly been some of the best moments I have ever experienced.”

The endurance athlete decided at the last minute to attempt to complete the last 80 miles in one final push over 32 hours, starting on Christmas Day.

Before now, the only people to cross Antarctica did so with assistance, such as using dogs or kites to propel them along, and receiving food drops along the way.

Throughout the challenge that saw him pass the South Pole, O’Brady was competing with another walker, Louis Rudd, who was attempting the same trek in honor of Henry Worsley, an adventurer who died attempting the crossing in 2016.

O’Brady’s wife Jenna Besaw told the AP he will wait for Rudd to complete the challenge so that they can celebrate their achievement together.

O’Brady has completed a number of breathtaking endurance exercises, including breaking the record for the “Explorers Grand Slam” in 2016, which saw him ski to the South Pole before climbing the ‘Seven Summits,’ the tallest mountains on each of the seven continents.

The Oregon man’s thirst for extreme endurance challenges was sparked after he was badly burned in Thailand in 2008 and was told he may never walk properly again. O’Brady, who had planned a career in finance before his accident, went on to prove his doctors wrong by completing a triathlon 18 months later.