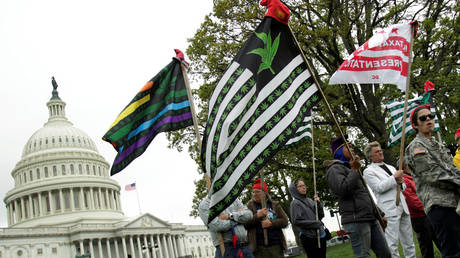 Ahead of the 2020 election cycle, politicians are pulling out all the stops to seem relatable to voters, including joking about smoking weed. However, not everyone is laughing.

The millions of kids who had to complete the government-funded Drug Abuse Resistance Education (DARE) program might be surprised to learn that even former presidents and presidential hopefuls apparently think drugs can help you “fit in” after all. Even conservative candidate Jeb Bush tried to score some cool-points by saying he “openly admits” to smoking weed, although he immediately lost them by adding “my mom’s not happy that I did.”

Nonetheless, with nearly 700,000 marijuana-related arrests recorded in 2017, some feel these politicians are clearly demonstrating a two-tiered system of justice. While the rich and powerful can openly brag about using illegal drugs, many Americans’ lives and careers are ruined forever after being arrested for marijuana use. Watch RT’s report.