If you contrast the money the US spends to support its military industrial complex with what the other countries spend, Americans shouldn’t be afraid to be attacked, it is unrealistic, former US congressman Ron Paul said.

RT: As for US-Russia relations, Vladimir Putin and other leaders have said global stability is at risk if Washington withdraws from the INF Treaty. Would you agree there’s a risk here?

Ron Paul: It should be a worry, but sometimes all countries seem to overstate their positions to make certain points. But it isn’t a good idea for the US to get out of that agreement. It makes the world more dangerous.

I don’t think it means something horrible is eminent but I think it is a shame that that has happened because when we do that as American citizens, we see our government doing this, then there is a response from the Russian government and I see that going into wrong direction. I don’t think it should be a great alarm that next month there is going to be a clash. But I think it is going in the wrong direction, it is a shame that our government decided to get out of the agreement. 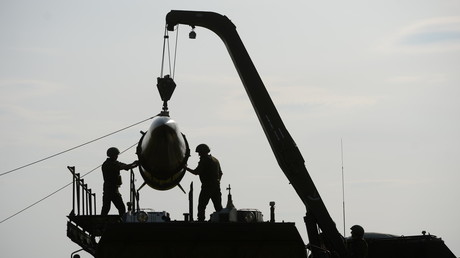 RT: As America, you put yourself forward as a big important country, you are a superpower, you are sure you should be leading the way here with the other big countries around the world.

It is a very strange thing in 2018, got enough to worry about with climate change etc, you and I lived through the Cold War ‘duck-and-cover’… in case something lets off a nuclear bomb. It frightened me to death in school, it stayed with me all my life. Are we going back that way again?

RP: Let’s hope not. The world is safer than as I remember growing up in grade and high school at the height of the Cold War. I remember how I was drafted into the military in the 60s and there was a crisis in Cuba. I hope this is nothing like that. But there is a lot of competition. But if I had more to say about my own government, I think that I could work in a different direction. Because when I was in government I advocated friendship with countries but not antagonism and provocative activity.

I think that the more we stay at home and mind our own business, the better off we’ll be. Treaties that have moved us in the direction of less militancy and less nuclear weapons, I think it is very good.

Our position in our institute is that of non-intervention, that we mind our own business and that would be the direction to go in.

And I think if you compare the amount of money we spend to support our military industrial complex versus what the other countries spend, the Americans shouldn’t be so antsy about ‘oh we’re going to be attacked, we can’t take care of ourselves, they’re going to be on our doorstep in no time.’ I think a bit of that is unrealistic.

I do believe in national defense that should be strong. But I think good diplomacy is a good national defense too, talking to people. Ronald Reagan was tough, but he was one that drew up the treaty and got along or at least had some agreements with Russia that I thought were who very good because we moved away from the confrontation. 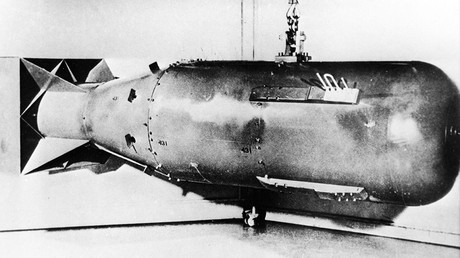 RT: Trump is going to pull out the troops from Syria. Is that a good or bad thing?  A lot of people in the US are saying that it’s a bad thing because it’s weakening America’s position there and it is going to make Russia and Iran stronger. Is that the case? Good or bad, how you see it?

RP: I think it is very good because I don’t think that we have a moral or a constitutional justification to declare that our national security depends on us having troops and interfering in how this problem in Syria is settled.

All I know is I was in the Congress in 2011 when our president announced that Assad had to go. If you look at these past seven years things have gotten much worse. Now there’s an opportunity moving in the right direction.

And Trump, although he has his ups and downs, I think that he has taken a good position, he said he wanted to get out of Syria, he said in the campaign, he said that ISIS is not a threat there and it’s time to come home. And I just want it to be complete.

Yes, move the troops out, a couple thousand troops. But I want to make sure that the CIA’s out and the special forces are out and that we don’t use sanctions. And that we move in that direction where we just have hands off and deal with diplomacy in getting along with people.

But in that philosophy that I just spoke, it also means no foreign aid. Our problem is if we dominate and militarize a country, then we finance all that.

And if we convert it into friendship, then we send them millions of dollars because we still own you. Our position as libertarians is no foreign aid either…

I think we still should be concerned. It is great that the troops are leaving and as I mentioned, I want it to be more inclusive. I am not saying we’re going to remove 2,000 troops. Because we’ve been in many countries and we continue to be in countries but we start off with our CIA agents, with Special Forces, with interfering with sanctions.

And we just don’t need any of that if we’re non-interventionist and we just want friendship and trade, you don’t spend that money because it gets us into trouble.

They say we have to go there because the terrorists are coming back. But the real reason why terrorism exists and people become radicalized is when foreign powers occupy a different country. And that goes for all countries. If a government goes in and occupies, it will radicalize the people.

This idea ‘we have to stay to take care of the radicals’ is ironic because a staying there and militarizing it is the cause of so much terrorism.