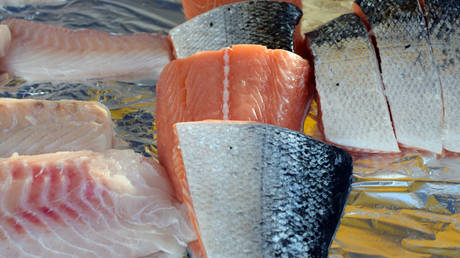 The long running battle previously came to a head in 2016 when Congress blocked the FDA from allowing AquaAdvantage Salmon to appear in grocery stores after the food watchdog declared the product, which critics have dubbed “frankenfish,” safe to eat.

That year also saw Congress pass a law directing the US Department of Agriculture to set a national mandatory standard for disclosing genetically modified foods.

The USDA finally issued the guidelines in December 2018. It uses the term ‘bioengineered’ instead of the more commonly used ‘genetically modified’ or ‘genetically engineered’, and allows ‘bioengineered’ ingredients to be disclosed in several different ways: in text, a symbol, a digital link printed on packaging, or text message.

In a fresh statement on genetically engineered salmon, FDA Commissioner Scott Gottlieb said because of the 2016 law and the new USDA standard, the FDA “no longer has the authority to issue labeling guidance.”

However, his administration is satisfied that the salmon has met the criteria and it lifted the import alert, allowing AquaAdvantage Salmon eggs to be imported to the company’s facility in Indiana and raised into salmon for food.


The Alaskan Republican argues that the USDA’s new guidelines are confusing and don’t give consumers clear information about where their food comes from.

“I continue to have serious concerns about splicing DNA from two animals to produce a new marketable fish, essentially creating a new species. American consumers deserve to know what they purchasing, and ultimately eating,” she said.

The AquaAdvantage Salmon grows faster than farm-raised salmon and can also be grown throughout the year. It is produced by AquaBounty technologies, a Massachusetts company that specializes in genetically engineered fish.