The US military and intelligence have already compiled a list of preliminary targets they would strike in response to another chemical weapons incident in Syria, CNN reported, citing the US administration officials.

The military are ready to “respond very quickly” at any moment if the US President Donald Trump decides to launch another strike against the Syrian government, one such official told CNN, adding that no decision to “take action” has been made yet. However, the intelligence experts already “assembled” targeting data of what they described as “chemical weapons facilities,” the media outlet reported. 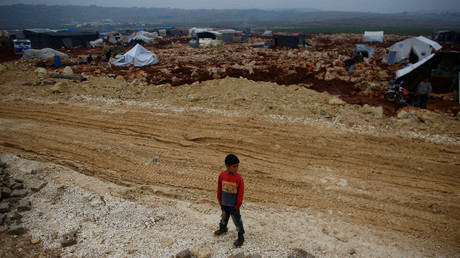 It comes as the Pentagon is seemingly engaged in an all-out information war, as it vehemently denies all statements referring to a potential false-flag chemical-weapons attack, which Russia says is being prepared by terrorists in Syria’s Idlib. The US military has accused Moscow of spreading “lies” by revealing this information and suggesting that the attack could be used to justify a new US strike on Syria.

“Russia has recently launched a concentrated disinformation campaign to discredit the United States and international partners and allies… Specifically, Russia has suggested that as a pretext for United States strikes against the Assad regime, humanitarian organizations in Syria were planning a chemical weapon attack. This is absurd,” a Pentagon spokesperson, Commander Sean Robertson said on Friday.

On Tuesday, Russia’s Defense Ministry said that the chemicals to be used in the fake attack had been already delivered to terrorists in the area with the assistance of the controversial White Helmets group, which Moscow has accused of having links with terrorists.

CNN’s sources, meanwhile, expressed their concerns that the Russian forces in the region might be preparing to “shoot US missiles down,” thus thwarting Washington’s attack against Damascus.

On Saturday, the Russian military will start a week-long exercise in the Mediterranean, involving 25 ships and strategic bombers. Moscow has explained that it’s taking “additional safety measures” amid heightened tensions in the Idlib province, which it described as “a hotbed of terrorism.”

Earlier on Friday, the Russian Foreign Minister Sergey Lavrov said that “there is no doubt” that the extremists in Idlib are preparing for a false flag chemical attack, adding that the proof of this fact was already presented by Russia to the UN and the Organization for the Prohibition of Chemical Weapons (OPCW). Russia is said to have already provided this data to the US.