The US Department of Agriculture has said that it will not regulate a genetically modified mushroom designed to be more resilient and resistant to browning. The GMO shroom was created using the gene-altering tool CRISPR.

The USDA recently told Yinong Yang, a plant pathologist at Pennsylvania State University, that the common white button mushroom which he engineered will not have to undergo the department’s regulatory process.

Yang created the mushroom by targeting a family of genes that encodes an enzyme causing browning. Yang successfully eliminated six polyphenol oxidase enzymes, reducing their effect on the mushroom by 30 percent, according to Nature.

The USDA decided against regulatory action given that foreign DNA was not involved in the alternation of the mushroom’s genetic code. Recent gene-editing techniques, including CRISPR, which stands for Clustered Regularly Interspaced Short Palindromic Repeat, do not require the introduction of foreign organisms, leaving them outside the reach of USDA oversight. 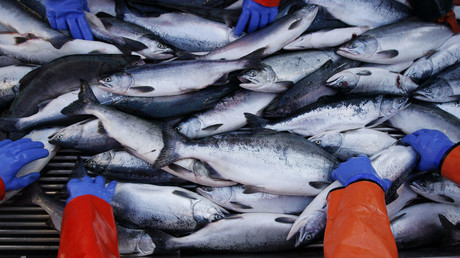 The mushroom is now one of around 30 GMOs that have avoided USDA regulation over the past five years, Nature reported.

CRISPR is the “unique organization of short, partially palindromic repeated DNA sequences found in the genomes of bacteria and other microorganisms,” according to Harvard University.

The mushroom could be reviewed by the US Food and Drug Administration, though the FDA does not consider genetically modified organisms as different from conventionally bred plants. The US Environmental Protection Agency, the third US agency that regulates GMOs, only handles oversight of pest control agents.

Yang first presented his mushroom to the USDA in October of 2015, and is now considering whether to create a company to sell the mushroom, Nature reported.

“I need to talk to my dean about that. We’ll have to see what the university wants to do next,” he told Nature.

Meanwhile, Yang told the MIT Technology Review that the company that funded the mushroom research, the Giorgio Mushroom Co. of Pennsylvania, is hesitant to market the product based on society’s mixed views of GMO foods. 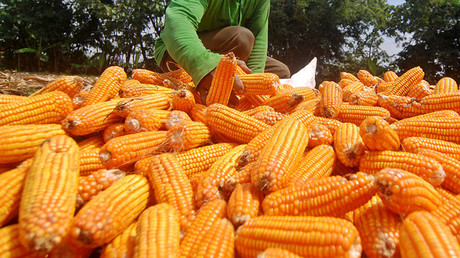 “[The] marketing people at Giorgio are more interested in organic mushrooms and are afraid of negative response regarding GMO from consumers,” Yang said.

In July 2015, the Pew Research Center found that 37 percent of American adults surveyed thought that eating genetically modified food was “generally safe,” while 57 percent said it was “generally unsafe.” About two-thirds of surveyed adults said scientists do not yet know the full health effects of GM crops.

The Union of Concerned Scientists, an independent body within the science community, says that “while the risks of genetic engineering are often exaggerated or misrepresented, GE crops do have the potential to cause a variety of health problems and environmental impacts.”