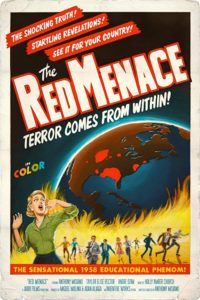 For anyone who has read or listened to Jordan Peterson, it is obvious that he has an intense dislike of communism. On this subject his reasoning appears very shallow.

Thus the author asserts in his 12 Rules for Life: “Solzhenitsyn’s writing utterly and finally demolished the intellectual credibility of communism, as ideology or society.”

First, Peterson’s claim that Solzhenitsyn’s writing demolished “the intellectual credibility of communism” is a non-sequitur for one fundamental reason: there is no dialectical validity whatsoever when support for a claim comes from places with similar or identical ideological views. In this case, for an apparently anti-communist thinker such as Peterson to quote another anti-communist thinker such as Solzhenitsyn in support for his thesis is a futile intellectual exercise in the art of persuasion. In terms of analogy consider this: what do you think of American supremacists or ultranationalists who when asked to prove the notion of so-called American exceptionalism, reply by citing what Barack Obama said on the subject?

Pertinently though, in none of his literary and political writings dealing with communist issues had Solzhenitsyn succeeded at demolishing Marxism — the ideological, economic, and philosophical matrix of communism. His ire, however, was directed at Soviet communism. But even here, Solzhenitsyn was mostly critical of the excesses of the Soviet state while never delving into the details of the…