Ultra-Orthodox Jews are expected to account for 50 percent of the overall Jewish population in England by 2031, a new study has revealed. That compares to the current 16 percent of the Jewish community they currently make up.

The increase in ultra-Orthodox Jews – also known as the ‘Haredi community’ – is spurred on by its staggering birth rate of seven children per woman, according to research by Daniel Staetsky and Jonathan Boyd and published this week by the Institute for Jewish Policy Research (JPR). The Haredi birth rate is in stark contrast to the current mainstream Jewish birth rate of 1.98.

The 2011 census and community survey shows the Haredi community is growing at 4.8% a year, while thopulation declined in the latter half of the 20th century. In 2011, according to the census, 271,259 people identified as Jewish by religion, with the vast majority living in England. 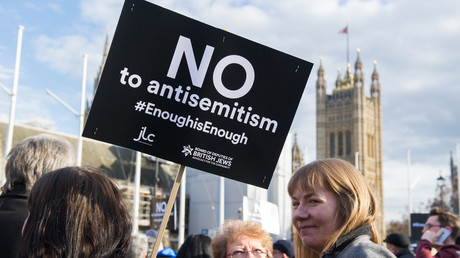 The Haredi community has a very strict adherence to the principles of Judaism, seen in their devotion to the Torah, daily synagogue attendance, and practice of religious festivities and traditions.

They are often regarded to be insular and its members, due to their beliefs, often shun modern technology, such as television and the internet. It is also believed their inclination to place more importance on religious studies than secular studies has contributed to high unemployment among the community. A report in 2015 by the Equality and Human Rights Commission, in fact, claimed Haredi Jews had suffered the biggest drop in employment of any religious group between 2008 and 2013.

The authors of Strictly Orthodox Rising, believed to be the first demographic study of the British ultra-conservative Jewish community, now reveal how the “British Jewish population is on the verge of significant demographic change.

“Some express unease about the extent to which [ultra-Orthodox Jews] are integrated into British society, and apprehension about a potentially unwelcome change in the religious, educational, economic and occupational profile within British Jewry,” the study says.

Others, however, have greeted “the renewed population growth and vigorous Jewish religious life that the expansion of the strictly orthodox population seems to have generated.”

The conservatism of Orthodox Jews made headlines in 2017 when a group of ultra-orthodox rabbis called for a Jewish cultural center to be boycotted because it hosted LGBT events.

A letter signed by 25 rabbis and sent to synagogues across northwest London argued the center, which hosted gay-themed weekly events and provided a venue for gay Jewish parents, “promote a way of life which is in total contradiction to Orthodox Judaism and halacha [Jewish law].”