The UN seeks to “keep families and faith communities together,” claiming “only 0.2 percent of Syrian Christian refugees have relatives in the UK” and denying claims it discriminates against the religious minority.

The UNHCR, the United Nations refugee agency, has told RT that its priority is to keep families and those of the same religious faith together – adding that other European countries boast higher numbers of relatives of Syrian Christians than Britain, hence the discrepancy.

External Relations Officer for UNHCR UK, Laura Padoan told RT: “Resettlement is a vital lifeline for vulnerable refugees, but as spaces are limited, they are reserved for refugees deemed to be at greatest risk. 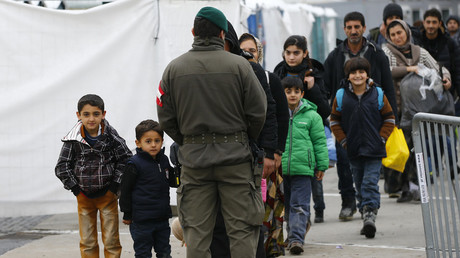 “UNHCR strives to keep families and faith communities together in the resettlement process, which is one reason why we have generally submitted more minorities to other European countries (as well as to North America and Australia) than to the UK, where only 0.2 percent of Syrian Christian refugees have relatives.”

He told Javid: “There is widespread belief, justified or not, among the religious minorities of Syria that the UNHCR is biased against them. The UK has a legal obligation to ensure it does not turn a blind eye to either direct or indirect perceived discrimination by the UN.

“It is widely accepted that Christians, who constituted around 10 percent of Syria’s pre-war population, were specifically targeted by jihadi rebels and continue to be at risk…As last year’s statistics more than amply demonstrate, this is not a statistical blip. It shows a pattern of discrimination that the Government has a legal duty to take concrete steps to address.”

This statement puts Lord Alton at odds with the UN, which appears not to share his concern that Syrian Christians are more “at risk” than other Syrian groups. It’s an issue that has dogged the UN over the last few years, with accusations that it has allowed the Christian population to be persecuted. 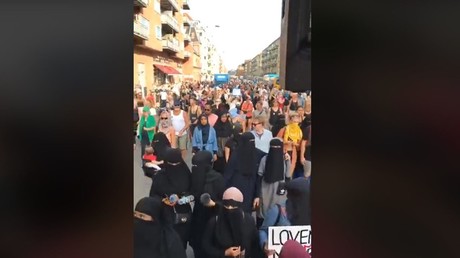 In December 2015, António Guterres, the then-UN High Commissioner for refugees and current secretary-general of the UN was asked to explain the disproportionately low number of Syrian Christians resettled abroad.

Guterres insisted that Syria’s Christians should not be resettled as they were part of the “DNA of the Middle East.” He added that Lebanon’s Christian president had asked him not to remove Christian refugees, reports The Wall Street Journal.

Christian advocacy groups Open Doors, Served, and Middle East Concern 2017 report that the Christian population of Syria has been ‘roughly halved,’ from about 2 million, since 2011.

The report says Germany and Sweden have the highest number of asylum applications and are also popular destinations for Christians.

The authors’ report may also cast doubt on the UNHCR’s reasoning behind their reluctance to recommend that Syrian Christians resettle in a country such as the UK, claiming they can be “part of super-diversity in London.”

Former Archbishop of Canterbury lays the blame for low acceptance numbers of Syria’s Christian refugees at the door of the British government. Lord George Carey alleges that “politically correct” officials were “institutionally biased” against Christian refugees, who are not being resettled in the UK at the same rate as Muslim refugees, reports the Independent.

The Home Office declined to give RT comment on the low number of Christian Syrian refugees being resettled in the UK.