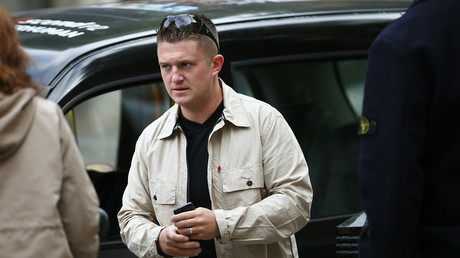 The United Kingdom Independence Party (UKIP) will allow a debate to be held on whether the controversial right-wing activist Tommy Robinson will be allowed to join the party.

Prior to the announcement, Robinson posted a video on Facebook in which he said that UKIP has the opportunity to “electrify” the UK’s working class by allowing him to join, stating that his membership could lead to a “political revolution” in Britain.

The video was the first to be published by Robinson since being released from prison. That release occurred following a successful appeal by Robinson, after it was ruled that the process leading to his contempt of court conviction was “flawed.”

Robinson, whose real name is Stephen Christopher Yaxley-Lennon, is known for his outspoken right-wing views, particularly regarding immigration and Islam. His recent release from jail sent Twitter into a frenzy, while clashes between his supporters and anti-fascists led to a police officer being hospitalized in July.