Britain will not become a ‘Singapore-style’ tax haven in a bid to compete with European rivals after Brexit, Chancellor Philip Hammond has said. 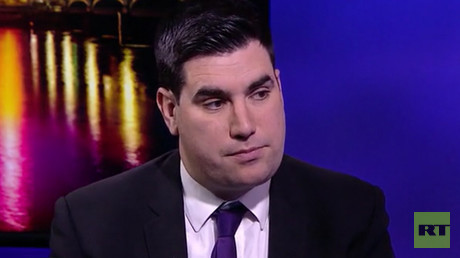 Marking a significant change in tone, Hammond told French newspaper Le Monde that the UK will not reduce taxes or regulations after leaving the bloc, saying the country’s social, economic and cultural model would remain “recognizably European” after it leaves the EU.

He added that the percentage of the British economy raised by tax “puts us right in the middle of the pack” of EU countries, and he does not want that to change.

“I often hear it said that the UK is considering participating in unfair competition in regulation and tax. That is neither our plan nor our vision for the future,” he told the newspaper.

The chancellor has previously suggested the UK would undercut European member states to attract big businesses after it left the bloc. In January he told German newspaper Welt am Sonntag “you can be sure we will do whatever we have to do” to build the economy after Brexit.

“If we have no access to the European market, if we are closed off, if Britain were to leave the European Union without an agreement on market access, then we could suffer from economic damage at least in the short-term,” he said.

Hammond’s commitment to maintain present tax and social policies has irritated Tory MPs hoping that Brexit will mean a clean break from Brussels, according to the Times. It also potentially removes a powerful negotiating card if Europe does not offer a favorable trade deal.

However, the June election result means it would be almost impossible for the Tories to get such big tax and regulatory changes through the House of Commons.

The chancellor’s comments came as senior Tories were forced to deny rumors of a cabinet split over Brexit.
Health Secretary Jeremy Hunt insisted the Conservatives were united on delivering a global Britain despite Hammond, Home Secretary

Amber Rudd and International Trade Secretary Liam Fox appearing to be at junctures over the prospect of transitional arrangements once the UK leaves the bloc.