Workers in Britain have suffered the biggest fall in real wages since the financial crisis than any other leading economy besides Greece, a new study has found.

Between 2007 and 2015, real earnings of British workers declined by 10.4 percent, according to the Trades Union Congress (TUC).

Britain’s drop in real wages – defined as income from work adjusted for inflation – was equalled only by Greece in a list of 29 Organisation for Economic Cooperation and Development (OECD) countries. Portugal was the only other OECD country where real wages fell.

TUC general secretary Frances O’Grady, who was a vocal backer for the campaign to keep Britain in the EU, says the figures show households were already strained before the Brexit vote.

“Wages fell off the cliff after the financial crisis and have barely begun to recover…as the Bank of England recently argued, the majority of UK households have endured a ‘lost decade of income,’” she said.

“People cannot afford another hit to their pay packets. Working people must not foot the bill for Brexit downturn in the way they did for the bankers’ crash,” O’Grady added.

O’Grady says households risk a further squeeze on their spending power after Britain’s vote to leave the EU, unless the government intervenes.

“This analysis shows why the government needs to invest in large infrastructure projects to create more decent, well-paid jobs. Other countries have shown that it is possible to increase employment and living standards at the same time,” she said. 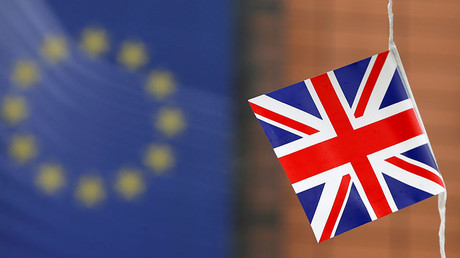 However, the Treasury says the TUC study does not fully reflect living standards which were affected by changes to taxes and benefits, and says the number of people in work is rising.

Speaking to the Guardian, a Treasury spokesperson said “this analysis ignores the point that following the Great Recession the UK employment rate has grown more than any G7 country, living standards have reached their highest level and wages continue to rise faster than prices – and will be helped by the new National Living Wage.”

However, the spokesman added that “there is more to do to build an economy and country that works for everyone not just a privileged few, and we are determined to do exactly that.”

The UK’s relatively poor performance on wage growth was highlighted by the OECD in its annual report this month.

Because of a squeeze since the global financial crisis, real hourly wages were more than 25 percent below where they would have been if wage growth had continued at the rate observed during 2000-07, the think-tank found.

It said that across its 34 member countries, employment had almost recovered to pre-crisis levels. However, weak wage growth had affected living standards.