“The Ministry of Defense (MoD) is tracking 257 allegations of breaches of international humanitarian law by the Saudi-led coalition in Yemen,” said Fallon. 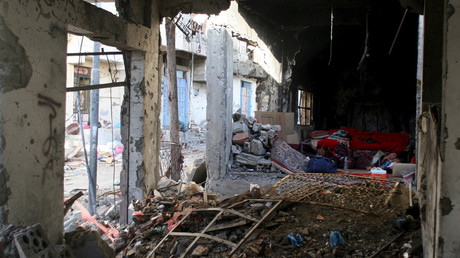 Asked to provide specific details of each allegation, Fallon told the Hamilton West MP that “Details of the MoD’s analysis of these allegations are necessarily confidential.”

Despite repeated warnings that the Saudi war in Yemen is driving the country to famine, the UK has continued to sell billions of pounds worth of arms to the Gulf kingdom and has embedded military personnel in local headquarters.

The revelation comes just days after it emerged that UK military personnel had trained Saudi forces how to target smart bombs. Evidence submitted in a case on the UK’s arms sales to Saudi Arabia shows the Royal Air Force (RAF) trained Saudi Arabia how to use Paveway IV missiles, according to the Ferret, an investigative news site.

The documents also show that only a “very, very small” number of airstrikes were tracked and that the UK knew little about the Saudis’ targeting practices. Despite this, the British government last year said there had been no breaches of international humanitarian law by the Saudis.

Laser-guided systems for Paveway IV smart bombs are produced at a factory in Fife, Scotland. It has also been confirmed that UK-made, now-outlawed cluster bombs have been used in Yemen, albeit from older stocks.