The UK has announced that it will pull out of the EU defense force after Brexit. The move comes after the EU stated it’s “unequivocal” solidarity with Britain over the Skripal spy poisoning case.

London will rescind its pledge to lead a 1,500-strong battlegroup for EU defense in 2019. Britain’s Lieutenant General George Norton cited logistical problems tied to Brexit as a reason for the move, which will likely see the first severing of defense ties between the two parties since the bloc’s foundation. 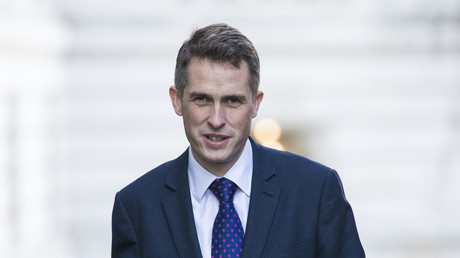 The UK is withdrawing its offer to provide the bulk of troops for the so-called EU battlegroup, a force established in a bid to boost the bloc’s military clout.

As countries take it in turn to lead the group, it was set to be UK’s responsibility to do so in the second half of 2019, during the Brexit transition period. In a letter informing Brussels of the UK’s decision, Lieutenant General Norton wrote: “Military activities, however, require clarity of purpose, and planning; not least of which involves the time that is necessary to force generate credible capabilities.

“The UK believes that, for the practical purposes of the time needed for the EU and member states to identify and assign a stand-by battlegroup for the second half of 2019, a decision should not be delayed. Consequently we formally withdraw our provisional offer of a battlegroup for the period 2019-20,” he said in the letter addressed to General Mikhail Kostarakos.

Norton did stress, however, that Britain could remain part of the program when a Brexit deal is finally reached. He also noted that the UK’s offer had always been “provisional.”

The letter goes on: “Our prime minister’s unconditional commitment to European security of course stands, but the offer of a battlegroup in the period immediately following our exit strikes us an unnecessary complication.”

The move comes just after the EU expressed solidarity with the UK after the poisoning of ex-Russian double agent Sergei Skripal and his daughter Yulia. The duo were found slumped on a bench in Salisbury earlier this month after being poisoned with a military-grade nerve agent.

Frans Timmermans, the first vice president of the European Commission, said European countries and their leaders had a “collective responsibility” to help their ally. While an EU foreign ministers’ joint statement fell short of pinning the blame directly on Russia, it said the “European Union takes extremely seriously the UK government’s assessment that it is highly likely that the Russian Federation is responsible.”